Balwinder Singh Laddi, a Congress MLA from Hargobindpur, had joined the BJP six days ago 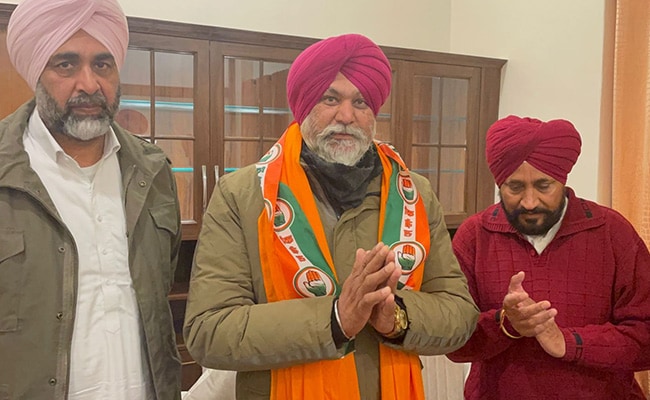 BJP's latest Punjab recruit from the Congress has returned to his former party in what could be the fastest homecoming of an MLA in the state where elections are just months away.

Balwinder Singh Laddi, a Congress MLA from Hargobindpur, had joined the BJP six days ago. Last night, he re-joined the Congress in a small ceremony held by the party's Punjab in-charge Harish Chaudhary and Deputy Chief Minister Sukhjinder Singh Randhawa.

Mr Laddi's Twitter timeline is still fresh with congratulatory messages to him on joining the BJP. He has also retweeted a few of them.

A lot of movement is happening as the elections come closer. Another Congress MLA, Fateh Jung Singh Bajwa, the brother of senior party leader and MP Pratap Bajwa, joined the BJP recently.

The BJP, which had till now played second fiddle in Punjab to ex-ally Shiromani Akali Dal, has raised its stakes in the state and plans to go big in the elections. Party leaders claim more Congress and Akali Dal leaders are expected to join in the run-up to the polls.

The Aam Aadmi Party, or AAP, under Delhi Chief Minister Arvind Kejriwal is also being seen as another big challenger in the Punjab battlefield this year.