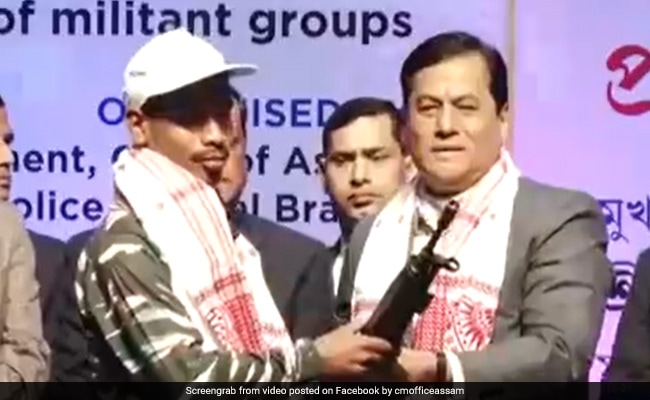 A total of 644 militants of eight banned insurgent outfits surrendered in Assam on Thursday along with 177 arms, police said.

The members of the insurgent groups -- ULFA (I), NDFB, RNLF, KLO, CPI (Maoist), NSLA, ADF and NLFB -- surrendered in presence of Assam Chief Minister Sarbananda Sonowal at a programme here.

"This is an important day for the state and the Assam Police. Altogether 644 cadres and leaders of eight militant groups laid down their arms," Director General of Police Bhaskar Jyoti Mahanta told reporters.

He said it was one of the largest surrender of militants in the recent times.

(Except for the headline, this story has not been edited by NDTV staff and is published from a syndicated feed.)
Comments
Militant Groups Surrender in AssamAssam Militants Surrenderassam chief minister Sarbananda Sonowal