Helplines got 200 calls about missing people after flash floods near Amarnath cave shrine; all tracked down in 3-4 days, says Manoj Sinha 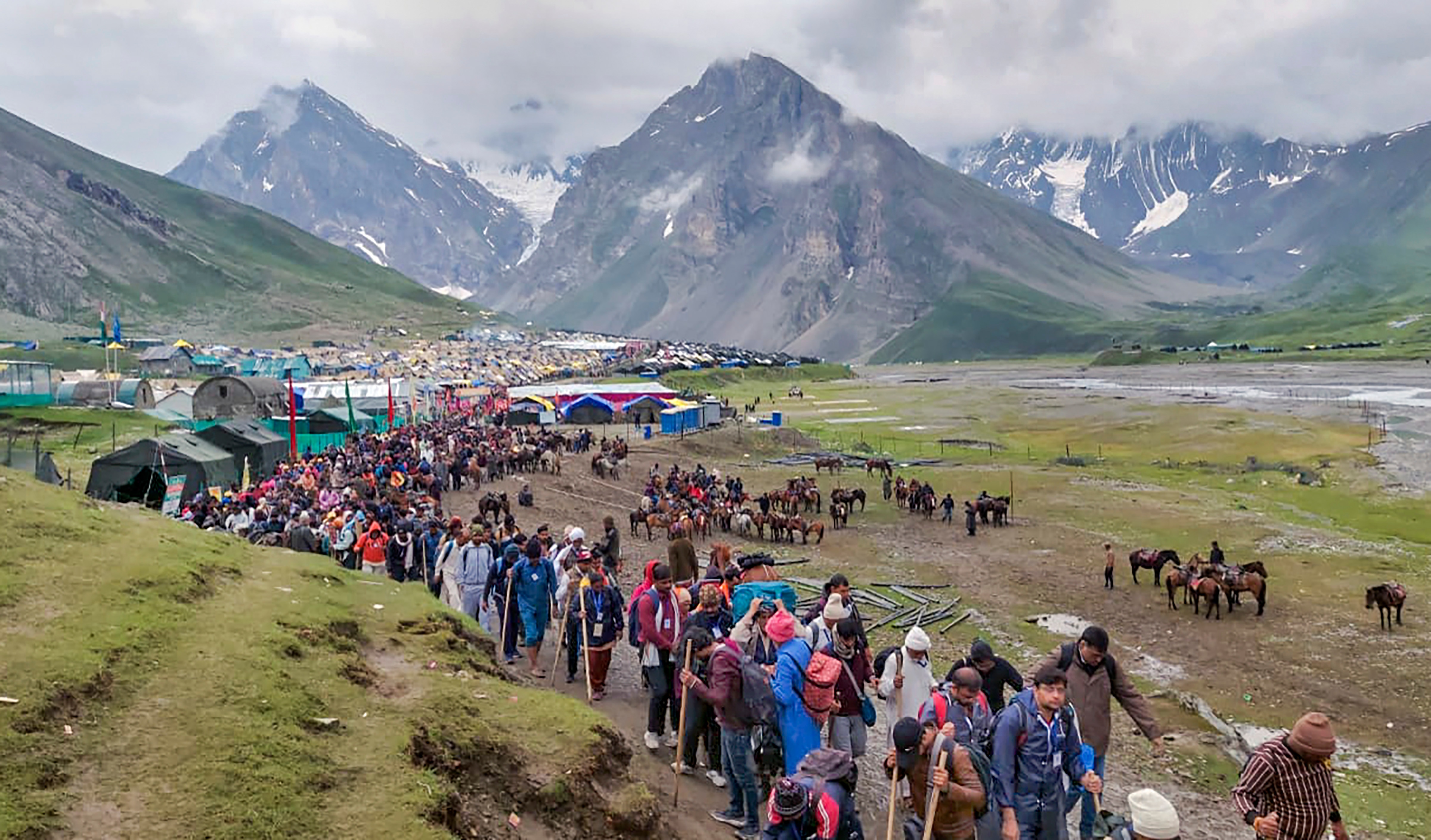 Six days after flash floods near the Amarnath cave killed 15 people, the Jammu and Kashmir administration formally declared that no one is missing now, so rescue operations have been called off.

"There was a major news that many people are missing," said Lieutenant Governor Manoj Sinha, who is also the chairman of Shri Amarnath Shrine Board, "Actually, helplines of the board and the administration received around 200 calls about missing people. Within three-four days, all those people were tracked down."

Of the 55 injured, 53 have been discharged; two are still admitted to Sher-i-Kashmir Institute of Medical Sciences in Srinagar.

"Bodies of 14 victims were handed over to their families in various states. One family decided to hold the cremation here in Kashmir only," Mr Sinha told reporters.

"Each pilgrim was insured by the shrine board for Rs 5 lakh, but the board has decided to give another Rs 5 lakh each as compensation," he added.

On allegations of lapses by the board by pitching tents on a flood-prone site near the cave, Mr Sinha said, "Taking into account the flash floods last year and in 2015, the department of irrigation and flood control had already made protection bunds there. Had we not taken the measures, damage would have been much more."

On speculations that there is a water body behind the cave, he said, "Neither our engineers nor any other experts have any such information."

He also refuted the charge that the yatra has been mismanaged. The number of pilgrims allowed daily is based on recommendations of a panel formed by the Supreme Court, he underlined. "This time, 10,000 pilgrims are allowed."

The annual yatra that began on June 30 was suspended for three days last after the floods.

So far, 1.5 lakh pilgrims have visited the Hindu shrine.

Mr Sinha thanked the locals. "Each pilgrim was guided by them at the time of need."