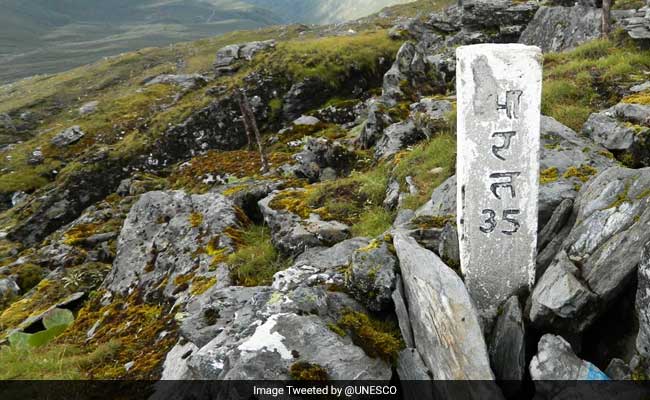 Sikkim's Khangchendzonga National Park made it to the list.

Today's approval comes two days after the ruins of Nalanda University in Bihar made to the elite tag at the 40th session of The World Heritage Committee meeting in Istanbul.

This is the first time that any country got three sites inscribed in the Word Heritage List at a single session of the committee meeting, a Culture Ministry official said.

The meeting had resumed for a day today, after being suspended a day earlier due to a failed coup bid in Turkey which claimed over 260 lives.

Much awaited dream come true.#CapitolComplex of #Chandigarh now a #WorldHeritage site. Thanks @UNESCO@RuchiraKambojhttps://t.co/RiqqdpUQtg

Khangchendzonga National Park of India is now a #WorldHeritage site. Thank you @UNESCO@IrinaBokova@RuchiraKambojhttps://t.co/ayN9OVvjYE

The Capitol Complex is part of the group of 17 sites - across seven countries (France, Switzerland, Belgium, Germany, Argentina, Japan and India) - designed by Franco-Swiss architect Le Corbusier which were included in the list by the Paris-based body.

Charles-Edouard Jeanneret-Gris, better known as Le Corbusier, had planned Chandigarh in the 1950s.

It said the 17 sites spread over seven countries are a "testimonial to the invention of a new architectural language that made a break with the past".

"The Complexe du Capitole in Chandigarh (India), the National Museum of Western Art, Tokyo (Japan), the House of Dr Curutchet in La Plata (Argentina) and the Unite d'habitation in Marseille (France) reflect the solutions that the Modern Movement sought to apply during the 20th century to the challenges of inventing new architectural techniques to respond to the needs of society."

"These masterpieces of creative genius also attest to the internationalisation of architectural practice across the planet," it said in an official statement.

Located at the heart of the Himalayan range in northern India (State of Sikkim), the Khangchendzonga National Park includes a unique diversity of plains, valleys, lakes, glaciers and spectacular, snow-capped mountains covered with ancient forests, including the world's third highest peak, Mount Khangchendzonga.

"Mythological stories are associated with this mountain and with a great number of natural elements (e.g. caves, rivers, lakes, etc.) that are the object of worship by the indigenous people of Sikkim. The sacred meanings of these stories and practices have been integrated with Buddhist beliefs and constitute the basis for Sikkimese identity," the statement said.

Besides these, Antigua Naval Dockyard and Related Archaeological Sites (Antigua and Barbuda) and Pampulha Modern Ensemble (Brazil) were also included in the elite list.

A World Heritage Site is a place (such as a building, city, complex, desert, forest, island, lake, monument, or mountain) that is listed by the UNESCO as being of 'special cultural or physical significance'.