Budgam encounter: In the third encounter, the security forces engaged terrorists who had taken control of a religious place in Budgam in Jammu and Kashmir 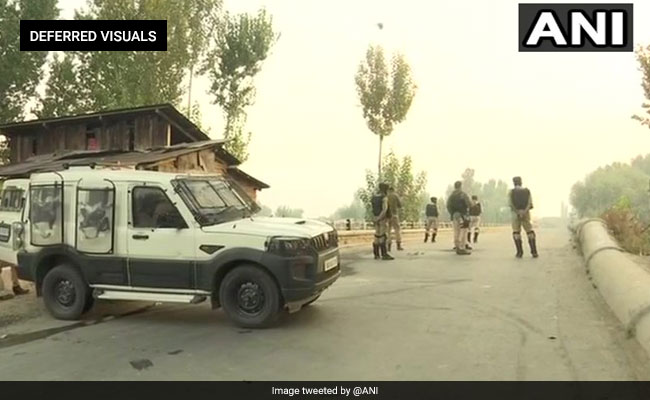 Budgam encounter: Two terrorists were shot dead after they took control of a building in Budgam

An Army soldier and a civilian were killed and three terrorists were shot dead after security forces launched multiple counter-terrorist operations in Jammu and Kashmir. The soldier and one of the terrorists was killed during a pre-dawn encounter at Dooru in Anantnag district, 65 km from Srinagar.

Firing has stopped now. Sources say top Lashkar-e-Taiba terrorist Naveed Jaat alias Hanzla, who had been trapped during the encounter, has managed to escape. He was the same Lashkar terrorist who made a dramatic escape from jail in February after he shot dead two policemen who had brought him to a hospital for health check-up in Srinagar.

People familiar with the matter said it's the second time in the last 15 days that Jaat broke the security cordon and managed to escape during an encounter.

The police said they suspect he might have received bullet injuries while fleeing from the encounter site.

"We believe he was hit by a bullet and is injured, but managed to flee," said senior police officer Munir Ahmad Khan. A search operation is underway.

"Operation was launched based on specific information. We have lost one soldier and one terrorist has been killed in the operation," another senior police officer said.

Internet has been snapped in Anantnag, Srinagar and Budgam districts, where the encounters broke out.

In Srinagar, a gunfight broke out at Noorbagh after security forces launched an operation following intelligence inputs that some terrorists could be hiding at a house in the area. The son of house-owner was killed during the operation.

The police said the terrorists have escaped from the house after the brief shootout. Locals alleged no terrorist was hiding in the house.

Two of the terrorists were shot dead. An Army officer who suffered injuries was taken to the Army's 92 Base hospital.

Director General of Police Dilbag Singh said they took precautions to ensure there is no damage to the religious place and at the same time the terrorists are neutralised.

Earlier, the police said they have called local elders to persuade the terrorists to come out of the religious place.