That could be the only deal to crystallize during the high-profile presidential visit, after US President Donald Trump cast doubts over any trade pact with India for now. 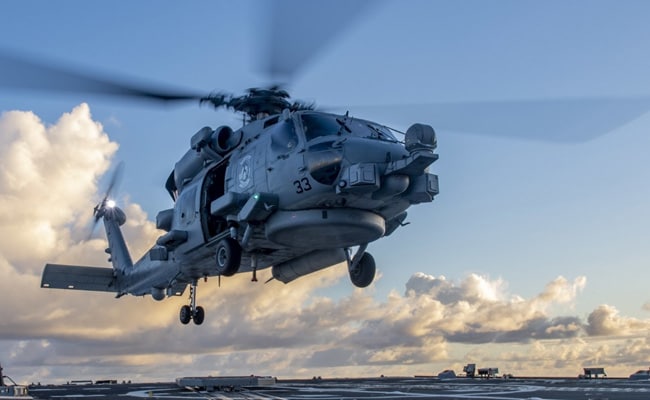 India is likely to sign a $2.6 billion deal for 24 naval helicopters from the US during President Donald Trump's two-day visit next week.

That could be the only deal to crystallize during the high-profile presidential visit, after President Trump cast doubts over any trade pact with India for now.

The MH-60R will be deployed on warships to fight submarines and ships.

It was in July 1971 that the Sea King helicopter landed on the deck of INS Vikrant, India's first aircraft carrier. 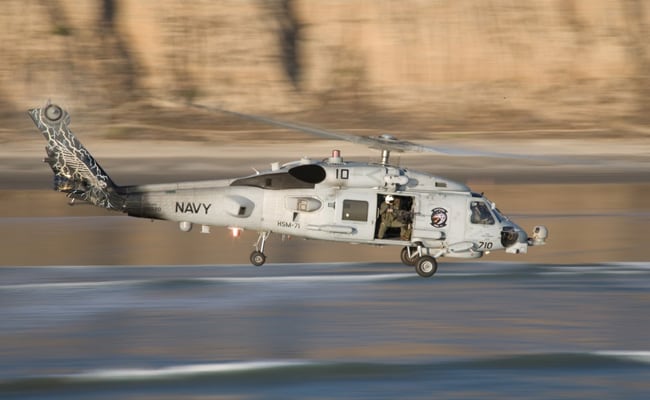 MH-60R choppers will be deployed to warships to fight submarines, ships.

Variants of the same Sea King helicopter continue to fly. They have remained the primary anti-submarine helicopter of the Indian Navy, designed to detect enemy submarines and, if necessary, to take them out using torpedoes.

According to the US Defence Security Cooperation Agency, "the proposed sale will provide India the capability to perform anti-surface and anti-submarine warfare missions along with the ability to perform secondary missions including vertical replenishment, search and rescue and communications relay."

The MH-60 was selected through competitive bidding but the deal collapsed because of concerns over the price. This resulted in the tender being cancelled. Worried about the depleting strength of its Naval helicopter fleet, the government made a formal request to the US in November 2018 for the purchase of 24 MH-60R choppers in a government to government deal under the Foreign Military Sales route.

This request came just a month after both countries signed the Communications, Compatibility, Security Agreement (COMCASA), a ''foundational agreement'' that allows the United States to legally share high-end encrypted communication and satellite data with a friendly partner nation.

The choppers are compatible with American warships, drones and submarines if Indian and American forces decide to operate together in the future. Both sides already engage in very high end Naval exercises and are close strategic partners.