A 21-year-old man on a motorcycle died, in West Delhi, after his neck was cut in wire tying two police barricades. Four beat constables have been suspended for negligence 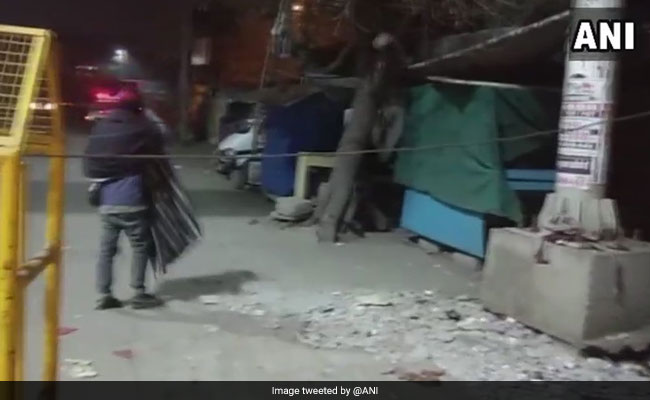 New Delhi: 21-year-old Abhishek Kumar's neck was slit and he died on the spot, when he sped on a motorcycle, through a thick wire between two police barricades on the road, in West Delhi.

Abhishek, who worked for a private taxi service, was on his way back from a wedding, at about 1 am on Wednesday night, when the accident happened.

Four police constables have been suspended and a First Investigation Report has been filed, for causing death by negligence, said the Deputy Commissioner of Police, North-West.

Abhishek's family said "There were two barricades on either side of the road, which were joined by a thick wire. As there was no light on the road, he couldn't see the wire."

Police confirmed that there was a cut around Abhishek's neck and he died on the spot. "During the investigation, we found negligence on the part of the area Station House Officer (SHO), four beat constables and division staff", said the Deputy Commissioner of Police, Aslam Khan. The SHO, Arvind Kumar, has been sent to the district lines for questioning, Mr Khan added.

"All those behind the fatal negligence must be punished... my boy wanted to join the police force and the police took his life:, said Abhishek's mother.

Promoted
Listen to the latest songs, only on JioSaavn.com
The family alleges that there were no policemen around when the accident happened, local people tried to help him. Fifteen minutes before the incident, another man was also hit at the same place by the wire, luckily he was saved, say relatives.

Reports say, Abhishek was also a part time DJ and had just finished his graduation, he was also preparing for competitive examinations.