41.73% Voting In Bihar Till 3 PM In Lok Sabha's First Phase Of Polling

Around 41.73 per cent votes were cast by 3 pm in the four Lok Sabha seats in Bihar where polling is on in the first phase today. 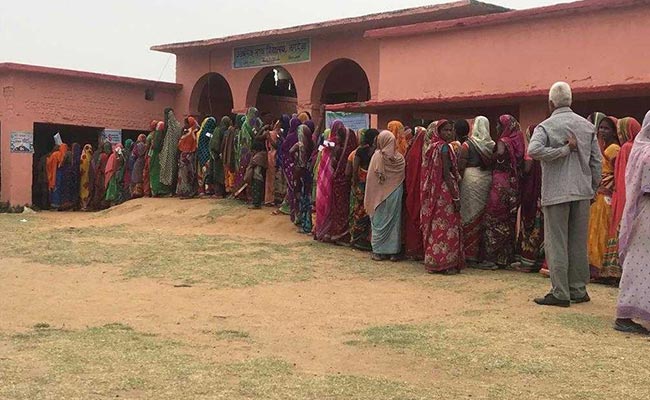 Around 41.73 per cent votes were cast by 3 pm in the four Lok Sabha seats in Bihar where polling is on in the first phase on Thursday.

As per the poll percentage figure released by the Bihar chief electoral officer, Gaya recorded the highest turnout at 44 per cent, followed by Nawada at 43 per cent, Jamui at 41.34 per cent and Aurangabad at 38.50 per cent.

The voting percentage for Nawada assembly bypoll, which was also held during the day was 43 per cent.

There were few incidents of poll boycott at Jamui and Nawada constituencies and police recovered three bombs, including a cane bomb from a polling station in Aurangabad.

The voting began at 7 am and will end at 6 pm. Out of 24 assembly constituencies spread in four Lok Sabha constituencies where polls are being held, 15 will have voting till 4 pm as they are considered "sensitive" in view of them being Maoist-affected area.

Webcasting is being done in 350 polling stations, while helicopters and air ambulances have also been pressed into service to deal with any exigency, official sources said.