The aircraft was reported to have crashed about 20 km away, at Majuli island, counted among the world's biggest river island. 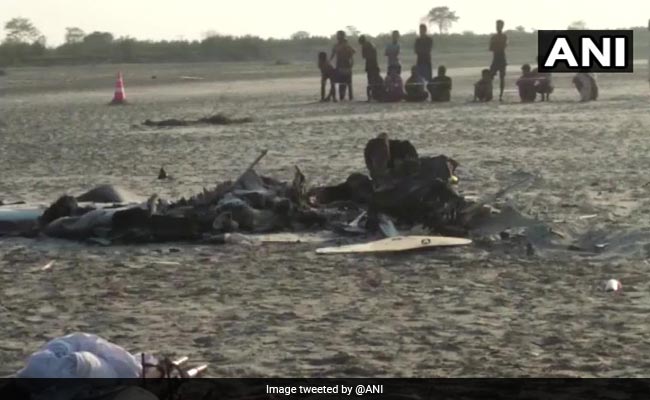 New Delhi: Two Indian Air Force pilots were killed when a microlight aircraft they were travelling in crashed in Assam's Majuli region today.

The pilots were Wing Commander-rank officers.

The accident took place shortly after noon, minutes shortly after the pilots took off from Jorhat's airport, also known as Rworiah airport. The aircraft was reported to have crashed about 20 km away, at Majuli island, counted among the world's biggest river island.

The two-seater aircraft, one of the many small planes that the Indian Air Force maintains, is suspected to have developed a technical fault.

Lt Colonel Pande said the pilots attempted an emergency landing but the aircraft crashed at Darbar Chapori, a sand bar in the Brahmaputra in the northern part of Majuli district and went up in flames.

Villagers in the sparsely populated district told authorities that they had seen the aircraft go up in flames.

"An Indian Air Force Microlight Virus SW-80 crashed around 1200 hrs today, after getting airborne from Air Force Station Jorhat, for a routine sortie," the defence ministry said in a statement in New Delhi.

Promoted
Listen to the latest songs, only on JioSaavn.com
Air Force teams from the Jorhat air force station and senior district officials rushed to the crash site which has to be reached by boat.

A Court of Inquiry has been ordered to ascertain the cause of the accident.