Her pregnancy came to light when she complained of stomach ache to her mother who took her to a hospital. The doctors were shocked to find her at least eight months pregnant 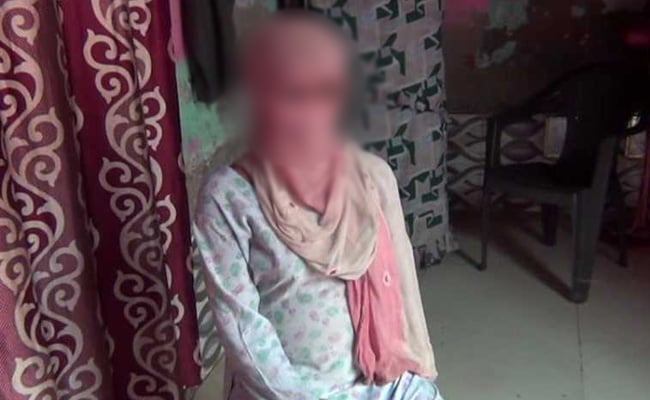 The girl alleges that since December last year, her cousins have raped her multiple times.

Sonipat: A 15-year-old girl in Haryana alleges that she was repeatedly gang-raped by her cousins for months and even threatened. The crime surfaced after she went to a doctor for a stomach ache. The doctors were shocked to discover that she was eight months pregnant.

The residents of Sonipat's Mahipur village, her chacha's (uncle) sons, one a minor and the other an 18-year-old, not just allegedly raped her, but also threatened her that they would kill her parents if she reported the matter to anybody.

She told her mother that her cousins first raped her in December last year. She was alone at home and had gone to dry clothes on the terrace when the duo, Suraj and Ajeet, allegedly raped her. Since then, the girl alleges, she has been raped multiple times by them.

"They dragged me to a room. While one of them gagged me, the other one forced himself on me. Then they took turns to rape me. They threatened and continued to rape me," she alleged.

The doctors, however, say it was unbelievable that the girl's pregnancy could be concealed in any way and termination at this stage is out of question.

"Abortion at this stage is impossible and illegal. She will have to give birth to the child, and any pregnancy before 18 is dangerous," said Dr CP Arora, principal medical officer.

The parents have filed an FIR and the police have registered a case under Prevention of Children from Sexual Offences (POCSO) Act. The cops have arrested the minor accused. The older boy is absconding and the hunt is on, police said.

The minor was yesterday produced before a court which sent him to a juvenile home.

Promoted
Listen to the latest songs, only on JioSaavn.com
In a similar gruesome incident, a 10-year-old from Rohtak was found to be five months pregnant after being allegedly raped by her stepfather. Her pregnancy made national news in May this year. She was allowed to abort by the district court which asked a panel of doctors at PGIMS Rohtak to take over.

However, a 10-year-old girl Chandigarh who was raped by her uncle and is seven months pregnant was last month denied an abortion by a district court which said that "she is too young and her pregnancy too advanced to have an abortion".