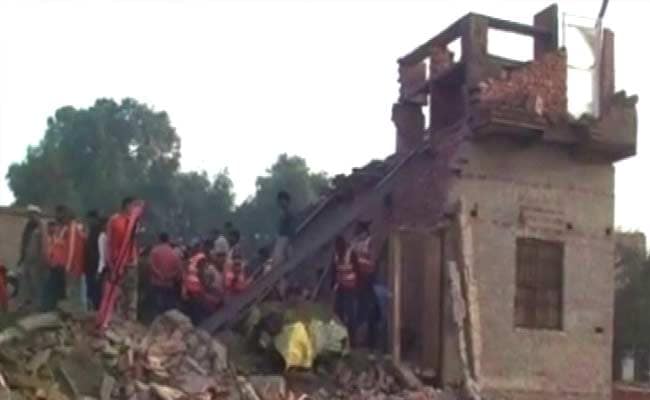 12 people were killed and two others injured when a house on which construction work was going on collapsed in Dulhipur locality in Mughalsarai area in Uttar Pradesh, police said today.

Five men, five women and two children were killed after the house on which construction work was going on collapsed last night, they said.

The house belongs to a man, Kamaruddin. Among the deceased, four are labourers and mostly the relatives and family members of the house owner, Superintendent of Police (SP) Muniraj said.

Promoted
Listen to the latest songs, only on JioSaavn.com
Police and National Disaster Response Force or NDRF team rushed to the spot, he said, adding that rescue operation is underway and the injured have been rushed to a hospital where the condition of two of them was stated to be stable, he said.

A compensation of Rs 30,000 will be given to the family members of the deceased, District Magistrate NK Singh said.