Over 32 lakh are registered as unemployed in Madhya Pradesh even though around 1 lakh government jobs are lying vacant.

Fifteen job openings for peons, drivers and watchmen in Madhya Pradesh's Gwalior saw nearly 11,000 unemployed young men flock to the city on Saturday and Sunday not just from within the state but also neighbouring Uttar Pradesh.

Although the jobs needed candidates who had cleared the 10th-grade exams, applicants included graduates, post-graduates, engineers, MBAs, and even civil judge aspirants.

One of the candidates, Ajay Baghel, said, "I am a science graduate. I have applied for a peon. People who have PhD are in the line here."

Jitendra Maurya, a law graduate, said, "I have applied for the post of driver. I am also preparing for the judge's exam. I am from Madhav College. The situation is such that sometimes there is no money to buy books. So, I thought I will get some work." 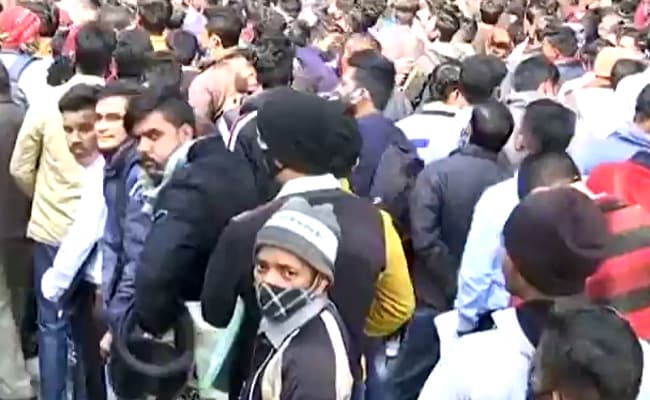 Thousands of government jobs are vacant in Madhya Pradesh.

Some like Altaf have even come from other states. "I am a graduate and I have come from Uttar Pradesh for the peon's job," he told NDTV.

"We will recruit one lakh in a year. We will leave no stone unturned to fill the backlog posts," he said a few days ago, adding, "Everyone wants employment in government services but I want to tell you the truth is that each and every student can't get a government job."

But numbers tell a different story. The total number of unemployed in the employment registration offices of Madhya Pradesh is 32,57,136. This is in spite of the fact that the School Education Department has 30,600 vacant posts, Home Department has 9,388, Health Department has 8,592, and the Revenue Department has 9,530 vacancies. Around one lakh posts are vacant in different departments of the state government. 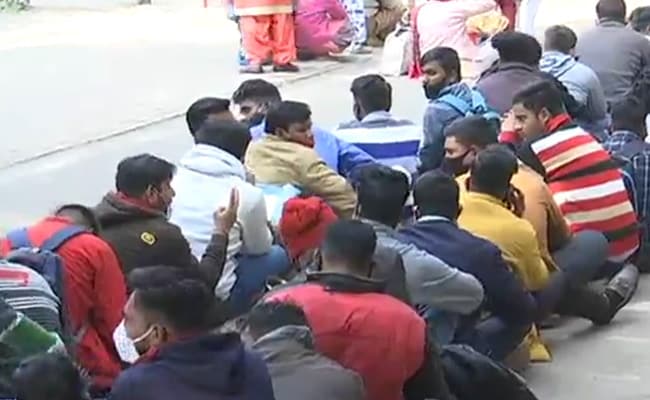 32 lakh people are registered as unemployed in Madhya Pradesh.

Job seekers say this is the reason why thousands are turning up even for low-paying government jobs like in Gwalior.

A recent street vendor scheme of the government saw 15 lakh applications; of the 99,000 selected, almost 90 per cent are graduates.

The Congress has turned up the heat on the state's job crisis with party spokesperson Narendra Saluja saying, "This shows what the development of 17 years of Shivraj government actually looks like. Who talked about filling 1 lakh posts in a month? Where are those leaders? When will they come on the streets?"

According to the think tank Centre for Monitoring Indian Economy (CMIE), the unemployment rate in Madhya Pradesh in November was only 1.7 per cent - far less than in other states.

However, another figure - that from the National Crime Records Bureau (NCRB) - shows that no fewer than 95 people have died by suicide because of unemployment last year in Madhya Pradesh alone.