According to the police, The accused are involved in animals poaching by laying wires traps and mostly targeting the Leopards, Tigers as their skin is very much in demand. 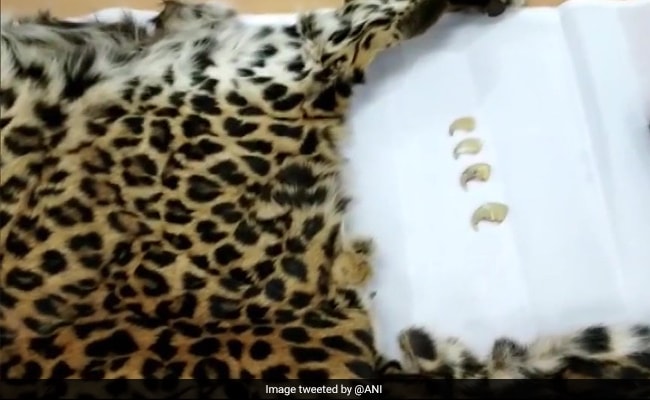 The police also seized four leopard nails from their possession.

In a shocking proof of wildlife poaching being prevalent in the state, Hyderabad police on Monday seized the skin of a leopard and arrested four men.

The police also seized four leopard nails from their possession.

"The accused are from Odisha state and there are involved in animals poaching by laying wires traps and mostly targeting the Leopards, Tigers as their skin is very much in demand. They are well aware of this wild animals track moving frequently from SirpurKagaznagar forest area, Maharashtra Tadoba forest area, Chhattisgarh forest and borders of Orissa and Vizag forest areas," he added.

According to the police, there are around 10 members in their gang.

"After killing animals, they inform their source for disposing of the skin for a particular rate. They get Rs 5 lakh for Leopard skin and some times more also. For Tiger''s skin, they get around Rs 25 lakh as its demand is more than that of Leopard''s skin," CP Bhagwat said.

The Police Commissioner further said, "They have killed the leopard about three months back by laying wire traps and killed it later. They have removed the skin carefully and dried it. It was a male leopard age about two years and they informed their contacts about killing the leopard and searching for the prospective customers for selling it for five to ten lakh rupees."

The police said that they were waiting for a customer in a hotel at LB Nagar area to sell the skin.

skin of a leopardPoached Leopard Seized