Citizenship Act Protest: Claiming that 200 protests were held so far in the city, Hyderabad top cop Anjani Kumar said the police would give permission provided the political parties and others apply for permission as per the proper procedure. 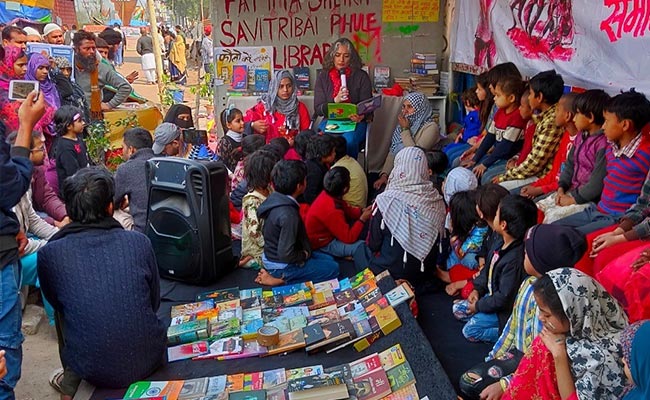 CAA Protest: The sit-in at Delhi's Shaheen Bagh began about two months ago.

No "Shaheen Bagh-like protest" would be allowed in Hyderabad, city's top cop said on Saturday. Delhi's Shaheen Bagh has emerged as the epicentre of protests against the Citizenship (Amendment) Act or CAA in the last two months.

"Nothing like Shaheen Bagh will be allowed in Hyderabad...impossible," Hyderabad Police Commissioner Anjani Kumar told reporters amid continuing protests against Citizenship (Amendment) Act (CAA), National Population Register (NPR) and National Register of Citizens (NRC) in various parts of the country.

"There is no Shaheen Bagh incident in Hyderabad. Don't bring that. Hyderabad is the best city in India and will further improve. Don't compare Hyderabad with places where all these negative things are happening. We take pride in Hyderabad," he said while responding to a question.

Claiming that 200 protests were held so far in the city, Mr Kumar said the police would give permission provided the political parties and others apply for permission as per the proper procedure.

"Political protests are important but law and order is more important," the Police Commissioner remarked.

Mr Kumar said the protest can't be allowed at every place. He said at some places police had to take legal action against the protesters and book cases because the police can't allow common public to be put to inconvenience.

"Hyderabad has so far seen over 200 protests. It's surprising to everyone that in other places there was firing, burning of vehicles, dharna with people sitting for more month but nothing is happening in Hyderabad. It is only because we are concerned about safety, security and comfort of common public," he said.

The police chief said he was appealing to people especially women that sitting on roads and causing traffic problems was not good, adding that the police is setting conditions for protests as per the guidelines of the High Court.