Celery Juice Not As Healthy As You Thought: Here's Why

Celery does contain some phytochemicals, notably apigenin and luteolin, that may have antioxidant, anti-inflammatory and anti-cancer properties 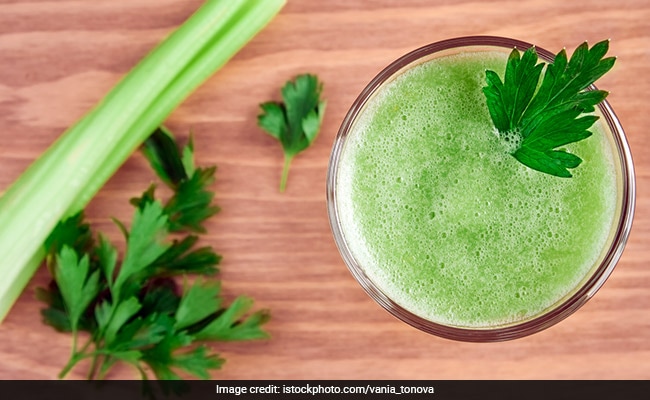 Celery pairs nicely in juice with carrots, beets and ginger.

What's that bright green "miracle elixir" in the hands of countless smiling Instagrammers? It's celery juice. No longer the wallflower of the crudité platter, the sidekick of Buffalo wings, the backbone of ants on a log, celery has achieved food celebrity status. Could celery be the new kale? What's behind the hype?

The self-proclaimed father of the celery juice trend is Anthony William, aka the "Medical Medium." William, who has no medical or scientific certification, claims he communicates with Spirit of Compassion to get "extraordinarily accurate health information that's often far ahead of its time." Writing on Gwyneth Paltrow's website Goop, William says: "Celery juice is a miracle juice. It's one of the greatest healing tonics of all time. I've seen thousands of people who suffer from chronic and mystery illnesses restore their health by drinking sixteen ounces of celery juice daily on an empty stomach."

If that sounds too good to be true, it is. "Unfortunately, there is no magic bullet or, in this case, 'miracle food' that can deliver on such extraordinary claims," said Charleston, South Carolina-based registered dietitian Debbie Petitpain, a spokeswoman for the Academy of Nutrition and Dietetics. "There is no one 'superfood' that can meet all of our daily requirements and in fact, research continually shows that the best nutrition comes from consuming a variety of food groups and various foods within each group."

Among William's many claims - largely unsupported by scientific research or basic physiology - are that celery juice reverses inflammation by starving pathogenic bacteria and viruses. He also said celery contains "an undiscovered subgroup of sodium that I call cluster salts" that attacks pathogens and rebuilds the hydrochloric acid in your stomach so that it can break down protein, preventing "gut rot and bloating." Gut rot is not real, nor are cluster salts, but low stomach acid can be - and it requires medical treatment to prevent potentially serious nutrient deficiencies.

William's pseudoscientific claims are repeated as fact across the internet, and some bloggers are even advocating drinking celery juice instead of undergoing chemotherapy for breast cancer. Seattle-based registered dietitian Ginger Hultin, a spokeswoman for the Academy of Nutrition and Dietetics, said it is potentially dangerous to try to fight cancer with food alone - or with a particular food or supplement. "Cancer is a complicated disease that often requires a multifaceted therapy approach," she said.

"There are a lot of foods that exhibit anti-cancer effects in a lab setting," Hultin said. "But it's hard to translate that to what the food is doing in the body. What's happening to the compounds in food during the digestion process? Are these compounds getting to the tumor site? How aggressive or advanced is the cancer? What kind of cells are they? Because of the complicated nature of cancer, it makes sense that there's no one food, one supplement or one antioxidant that can cure it on its own."

Many phytochemicals also show promise for cancer prevention and even treatment-one reason the American Cancer Society recommends consuming 2 1/2 cups of vegetables and fruits daily - so looking to celery alone as an anti-cancer miracle food is misguided. Hultin points out we can also get apigenin from parsley and lettuce, and luteolin from beets and cabbage. "You get a wonderful collection of antioxidant nutrients from a variety of foods, but there is no proof that one in particular is a cure for disease," she said. "Human bodies are more complicated than that."

Petitpain suggests thinking of each vegetable's color as its "advertisement" for a nutrient the body needs. "For example, red tomatoes are rich in lycopene, which can prevent heart disease," she said. "Sweet potatoes are rich in beta-carotene, which promotes eye health. Both are high in fiber, which is critical for a healthy gut."

Fiber is one thing that's missing from celery if consumed as William suggests - as juice rather than whole food. But you will get plenty of sodium. One bunch of celery, the amount needed to make 16 ounces of celery juice, contains around 800 mg of sodium. "That's more than you'll get in two orders of french fries," Petitpain said.

Celery juice offers water and some nutrients - although not nearly as many as, say, kale - so if you like the taste and have a generous beverage budget, enjoy. "Celery juice can be a refreshing, healthy beverage to include as part of a well-rounded diet," Petitpain said. "It is a much better choice than full sugar drinks like sweet tea, regular soda and sports drinks, which Americans are guzzling at an alarming rate."

Hultin says celery pairs nicely in juice with carrots, beets and ginger. Of course, chewing food provides more satisfaction than drinking it, so you might be better off enjoying some ants on a log.