3 Workers Killed In Illegal "Rat Hole" Mine In Assam, 5 Arrested 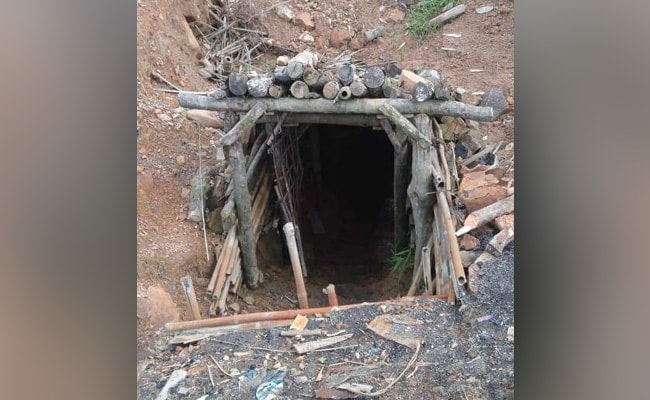 At least three workers were killed at an illegal "rat hole" mine in Assam's Tinsukia district on Sunday night. Confirming the incident, Debojit Deuri, Superintendent of Police, said police have so far arrested five persons following the incident. He added that inhalation of some poisonous gas like methane could have led to the deaths at the illegal mine in Ledo.

The dead miners, all aged below 30 years, were identified as Sahidul Islam and Hussain Ali, from Bongaigaon district, and Hasmat Ali, from Goalpara district.

"The 'rat hole' mine was being run illegally on a hill top. The incident took place around 8.30pm on Sunday when the miners entered the mine to extract coal. We suspect there was leakage of some poisonous gas like methane inside the mine, causing the deaths. We have arrested five persons as they were trying to bury the bodies and hush up the incident," Mr Deuri said.

Post mortem will be done on the bodies before they are handed over to the respective families, he added.

The police official also said that stringent action will be taken against all illegal mining activities in the state.

As part of "rat hole" mining, very small tunnels of 3-4 feet in height are dug. Workers, and sometimes even children, then enter those small tunnels to extract coal.

Sources said the illegal "rat hole" mine at Ledo, along with several others, was being run by one David Naga. The three miners who died were brought to the mine by one Joynal Ali, who used to supply labourers.

"Illegal 'rat hole' mines have been mushrooming in Margherita and Ledo of Tinsukia district. Coal smugglers run an organised racket in the area," a senior police official said.

"'Rat hole' mining is banned, but such mines still operate in some parts of the region. We crack down on such mines whenever we get any information," another senior police official added.