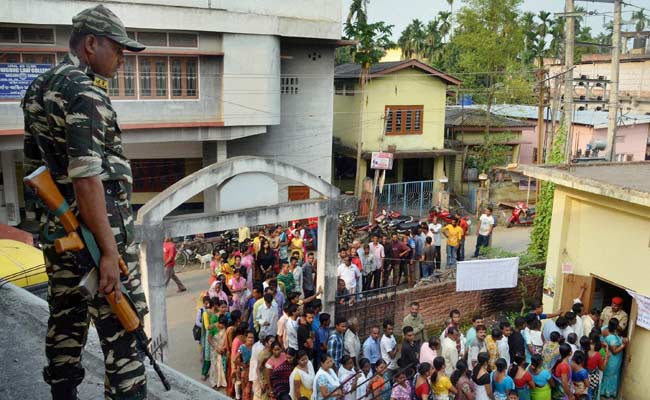 The first phase of polling was held on December 5 in 16 districts. (File)

An estimated 75 per cent of voters exercised their franchise today in the second phase of panchayat polls in 10 districts of Assam which was largely peaceful, the state election commission said.

Voting will continue till late in the night in 900 polling stations as many voters entered the polling stations in the last hour before the end of the stipulated time, Assam State Election Commissioner HN Bora said.

Re-polling will be held in eight polling stations of Cachar and Karimganj and one in Nalbari on December 11, he added.

As voting began in the morning, a few cases of anomalies regarding names of voters and candidates, symbols along with ballot papers were reported, which were resolved locally and polling continued uninterrupted, the state election commission officials said.