After 2 Tourists Drown, Goa To Intensify Crackdown On Drinking On Beaches

Goa police registered a case of "unnatural death" after two tourists drowned at Ashwem-Morjim beach in Goa on Saturday. 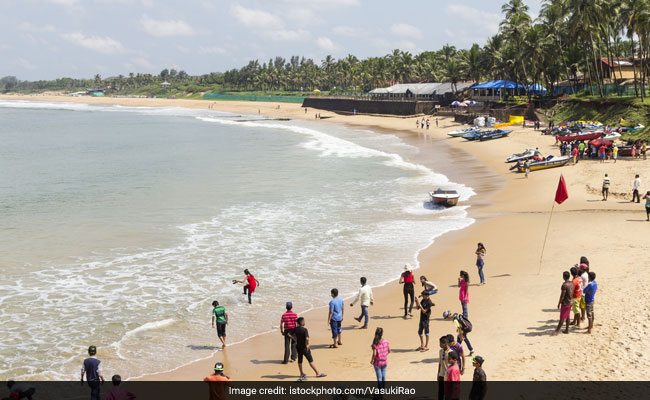 Goa has made cooking and drinking alcohol in public places a criminal offence.

Goa Chief Minister Pramod Sawant on Tuesday said there will be a crackdown on drinking alcohol on beaches after two tourists, who were drunk, drowned at Morjim beach recently.

The Chief Minister said: "From now onwards, there will be enforcement of the law to prevent people from drinking on beaches. Additional police forces have been pressed into beach safety duties to prevent a repeat of such incidents."

Goa police registered a case of "unnatural death" after two tourists drowned at Ashwem-Morjim beach in Goa on Saturday.

The two were identified as Aditya Magadum, 26, and Abhijeet Magadum, 33, residents of Belgaum district in Karnataka.

Mr Chodankar said one person was saved from drowning. He was injured during rescue operations.

On January 31, the Goa Assembly amended the state tourism law and made cooking and drinking alcohol in public places, including beaches and breaking of glass bottles in public, a criminal offence with fines of Rs 2,000.

According to an amendment to the Goa Tourist Places (Protection and Maintenance) Act, 2001, individual offenders will be from now onwards fined Rs. 2,000 for offences and if the offences are committed by more than one person, the group will have to pay Rs. 10,000.