Within A Week, Another Building Collapses In Ghaziabad

Following the Ghaziabad building collapse, National Disaster Response Force (NDRF) and other rescue teams were pressed into action to clear the debris. 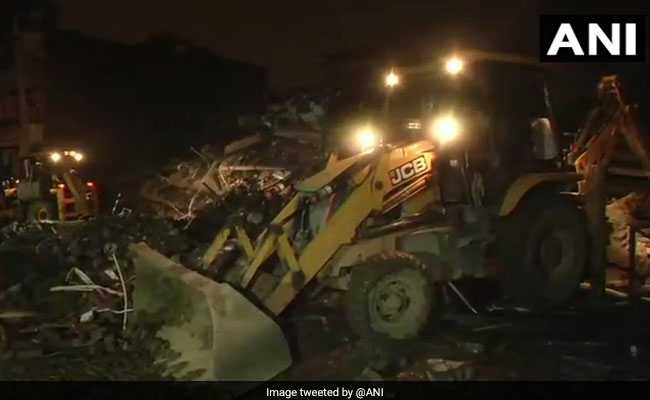 No casualties have been reported in Ghaziabad building collapse.

Less than a week after a building collapse claimed two lives in Uttar Pradesh's Ghaziabad, another five-storey building has collapsed on Thursday.

The building, situated in Khoda area, had a clothes showroom which had to be shut down due to the poor condition of the building, an eyewitness said.

"The building was old, nobody stayed there. A clothes showroom was there but that too had been shut down as the condition of the building was not good," the eyewitness told news agency ANI.

Following the collapse, National Disaster Response Force (NDRF) and other rescue teams were pressed into action to clear the debris.

"The building was not in good condition, it was 8-10 years old and had been evacuated already. NDRF and other rescue teams are present at the spot," Ghaziabad District Magistrate Ritu Maheshwari said.

Last week on Sunday, a five-storey building collapsed in Akash Nagar, killing two, including a six-year-old child, and injuring eight.

The building was being constructed in violation of rules without the approval of the Ghaziabad Development Authority. Following this, 84 buildings with illegal constructions were sealed in the city.