Many trucks are employed to carry close to 150 tons of tomatoes to the center of the town. 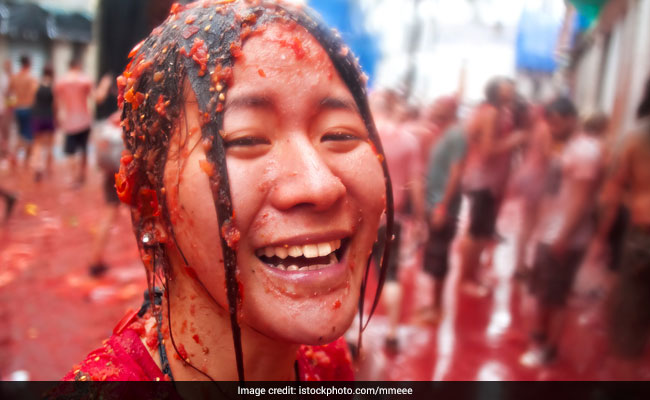 Talk about the legendary La Tomatina and the mind instantly races back to the song from Zoya Akhtar's, 'Zindagi Na Milegi Dobara'. If the movie is your only point of connection to the grand Spanish festival, this time around we set out to educate you further about the heady, adventurous event and why is it something worth experiencing at least once in your lifetime.

The festival takes place every year on the last Wednesday of the month of August. It is believed that the festival dates back to the year 1945 when a man was pushed afloat during an annual carnival. In a fit of rage, the man started hurling tomatoes at every one he could see. The act became a ritual and finally assumed the form of an annual event almost a decade later in the year 1957. The festival takes place in the town of Bunol in Valencia, Spain.

5 interesting facts about the festival

- Over 45,000 people participate in the mega tomato fight. Earlier the event was open to all but was later put under a uniform ticketing system to monitor the number of participation.

- The number of participants outnumbers the actual population of the town of Bunol which is not more than roughly 10,000 people.

- Tomatoes for the fight come from a place called Extremadura; they are sold at cheaper rates here.

- "The signal for the beginning of the fight is firing of the cannon, and the chaos begins," as noted on latomatina.org.

- Many trucks are employed to carry close to 150 tons of tomatoes to the center of the town, Plaza del Pueblo.