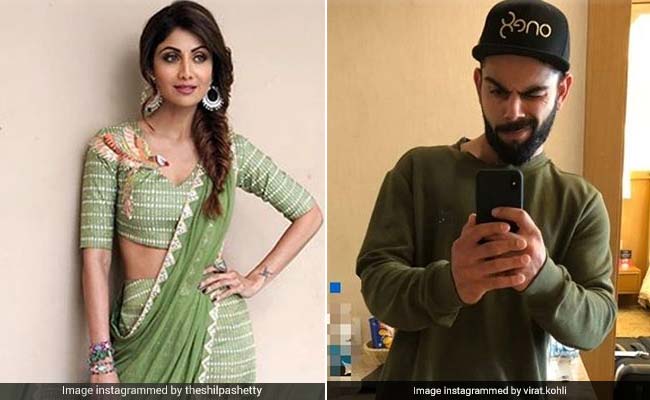 Bollywood actress Shilpa Shetty Kundra and Indian cricket skipper Virat Kohli have featured in the list of '30 Top Health and Fitness Influencers in India' by a leading platform in fitness. Acing in their respective fields, both Shilpa and Virat are keen supporters of fitness and often share fitness videos to inspire people to get fit and incorporate physical activity in their lifestyle. Besides the two celebrities, Prime Minister Narendra Modi also made it to the coveted list. The fitness enthusiasts Virat Kohli and Shilpa Shetty have constantly given us the inspiration to work hard and lead a disciplined life.

The 42-year-old actress has been a supporter of fitness and yoga. Apart from making videos, she has even released a couple of DVDs featuring her doing yoga in the past. More recently, she published a book, 'The Diary of a Domestic Diva', under which she released recipes, fitness mantras, and other household hacks. Talking about how she has been able to influence people about the importance of health and fitness in all these years, the actor stated in a report in ANI, "Honestly, there's no modus operandi, it's just a clear intent, focusing on label reading, chewing, breathing, and debunking myths regarding food and health."

She further explained, "I want to make use of my social media sites to encourage people in the right direction, and tell them how just a few lifestyle modifications can make wonders. I feel really happy when they react positively and appreciate the effort. Now, that for me is the biggest reward."

Virat Kohli on the other hand constantly challenges his followers to engage in physical activities and posts numerous videos that make you want to hit gym. Here's some proof:

Let's look at some of Shilpa Shetty's infamous Sunday binges:

We love that they are known as fitness icons, but what we love more about them is that they love food equally. Thanks for being an inspiration Shilpa Shetty and Virat Kohli!

Promoted
Listen to the latest songs, only on JioSaavn.com
Comments
CELEBRITYShilpa ShetttyVirat Kohli