Raw Turmeric For Winters: Why You Should Replace The Haldi Powder With Kachchi Haldi This Winter

Fresh turmeric has an earthy and peppery flavour and a slightly bitter taste. When used in cooking or just consumed along with warm water, you may find it more effective and beneficial than turmeric powder. 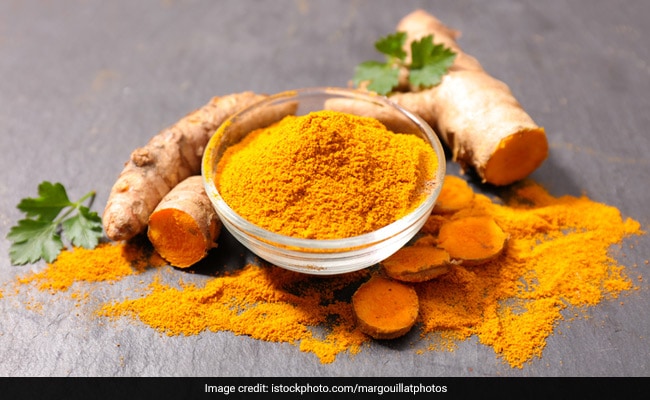 Turmeric is one Indian spice that has taken the world of food and health by the storm with its incredible taste, colour and health properties. Turmeric is used in powder form and is added to most Indian curries and dishes to give them colour and to enhance their nutritional profile. The health benefits of turmeric are credited to the presence of the bioactive compound curcumin, which is known to be anti-inflammatory in nature. But while the powdered form of turmeric is the most popularly used spice, its crude and unprocessed root form is one that you should use during winters. Raw turmeric, or kachchi haldi, is a root spice, much like ginger, which can be added to your winter diet to combat a number of seasonal health issues. It is logical that the fresh form of any vegetable, fruit or spice retains more nutrients than its dried, processed and powdered form and it's no different in the case of turmeric.

Fresh turmeric or kachchi haldi has an earthy and peppery flavour and a slightly bitter taste. When used in cooking or just consumed along with warm water, you may find it more effective and beneficial than turmeric powder.

Here are some reasons you want to replace your turmeric powder with kachchi haldi or raw turmeric this winter:

1. More Curcumin: The amount of curcumin present in turmeric root is more than what is present in its processed form or powdered form. A certain percentage of the compound may be lost during processing procedure.

2. More Essential Oils: Turmeric root may contain more natural oils than turmeric powder as some amount may be lost during processing and drying.

3. Rid Of Artificial Colouring: Since turmeric is such a widely-used spice, it is also one of the most adulterated spices around. By using turmeric root instead of powder, you can ensure that you are not consuming artificial colouring agents, which may be harmful to your body.

Also Read: 7 Health Benefits Of Turmeric (Haldi): Getting Back To The Roots

4. Boosts Digestion And Immunity: Raw turmeric may promote bile secretion in the body, resulting in a better, more improved digestion, which is often a problem during winters. Additionally, it also boosts immunity and may prevent cold and flu during winters, due to its antiseptic and anti-viral properties.

5. Relieves Join Pain: A number of arthritis patients suffer from joint pain during winters and consuming kachchi haldi, or raw turmeric, may remedy the pain.

Add grated raw turmeric to your soups, vegetable curries and broths during winters, in order to reap its benefits!