A fitness trainer was surprised after 15 armed policemen stormed his gym in Sydney. 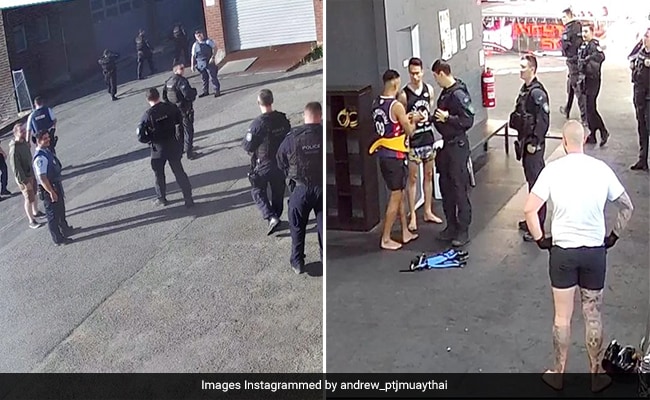 The police said they received an emergency call from the fitness trainer.

The police in Australia raided a gym in Sydney after a strange incident involving Apple Watch (Series 7). The 15 armed police officers couldn't find any crime scene, but only found a personal trainer who was wondering what exactly is happening. According to news.com.au, Muay Thai fighter and boxing trainer, Jamie Alleyne was wearing his Apple Watch that activated Siri and accidentally called Emergency Services. The incident took place at 7.45 am (local time) on Tuesday when 34-year-old Alleyne was training his first client of the day.

The fitness trainer said the officers walked around in the gym and asked who else was in there.

"About 15 officers, including undercovers, showed up, with several ambulances parked out the front, and that's when I started bricking myself," he told news.com.au.

"All of them came in and I was like, 'What is going on?' One of them asked who Jamie Avery-or something was and I said, 'I am Jamie Alleyne'," he added.

The trainer said a cop told him he made the call. "(It) was impossible because I didn't even have my phone on me."

The policemen then asked Mr Alleyne to check his phone and he was shocked to find one of the emergency numbers 112 in his last dialed number list. He had even received a voicemail from a local ambulance service saying they received his call and ambulance crews and officers have been dispatched.

Mr Alleyne then recalled that while training his client, he took off his watch because different exercises put pressure on the button that kept activating Siri, as per the outlet.

The fitness trainer then said he was shouting out the combinations "1-1-2" and also kept telling the client "good shot" - the two words that caused the emergency workers to rush to the gym.

Mr Alleyne said the police initially thought it was a suicide and that he was very impressed by their response time.