In an effort to "keep children safe," a high school in England has outlawed physical contact between students. 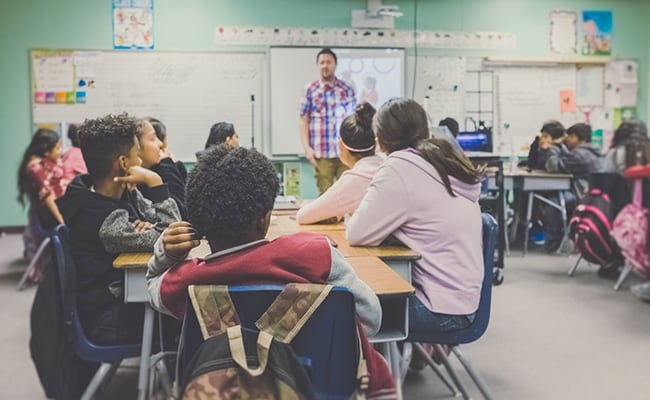 During school hours, students will not be allowed to touch one another. (Representative Image)

After its announcement that hugging and holding hands are prohibited on its premises, a British school has come under fire from parents and locals. Parents are denouncing these "draconian" directives from the school administration that forbid kids from making any physical contact with each other.

According to EssexLive, Hylands School in Chelmsford, Essex, said they also "do not allow" romantic relationships, and students who are caught using mobile phones could have them locked in a safe for the rest of the day.

Despite the fact that this strict "hands off" policy has received harsh criticism from locals and parents, the school maintains that the majority of parents and students support it and that it "engenders mutual respect and encourages kids to conduct themselves professionally as any future employer would expect."

As per a letter sent by assistant Headteacher Miss Catherine McMillan, seen by EssexLive, the secondary school administration does not tolerate "any physical contact" between members of the school community.

Addressing the parents directly, the letter continued, "This is in order to keep your child safe."

"If your child is touching somebody else, whether they are consenting or not, anything could happen. It could lead to an injury, make someone feel very uncomfortable, or result in someone being touched inappropriately."

"While we want your children to make real positive friendships, hopefully lifelong ones, we don't allow romantic relationships at Hylands."

"Of course, your child can have these relationships outside of school with your permission."

"We want your child to focus on their learning while in school, and we don't want them to be distracted by relationship issues."

"In your child's personal development lessons, we learn about positive, healthy relationships, and your child can still talk to a trusted adult in school for advice and support if they need to."