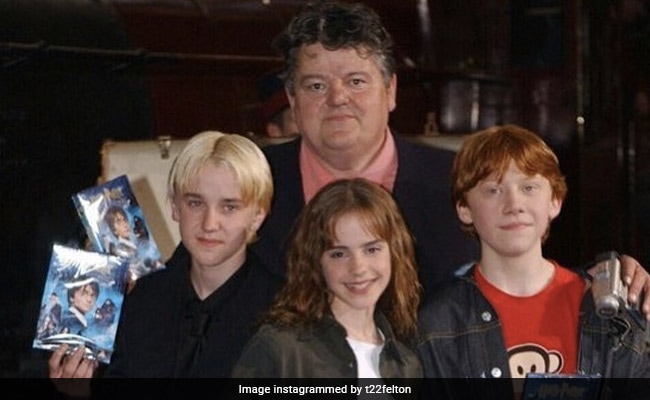 According to the reports of Deadline, Robbie Coltrane died in a hospital near his home in Larbert, Scotland. The award-winning actor had been suffering from ill health for the past two years.

Following his death, the star cast of Harry Potter is mourning the death of Robbie Coltrane.

As per the reports of The Hollywood Reporter, Daniel Radcliffe, who played Harry Potter alongside Robbie Coltrane's Hagrid, said in a statement, "Robbie was one of the funniest people I've met and used to keep us constantly laughing as kids on the set. I've especially fond memories of him keeping our spirits up on Prisoner of Azkaban when we were all hiding from the torrential rain for hours in Hagrid's hut and he was telling stories and cracking jokes to keep morale up. I feel fortunate that I got to meet and work with him and very sad that he's passed. He was an incredible actor and a lovely man."

Emma Watson, who portrayed the role of Hermoine Granger in Harry Potter said in a statement shared on her Instagram story, "Robbie was like the most fun uncle I've ever had, but most of all, he was deeply caring and compassionate towards me as a child and an adult. His talent was so immense that it made sense he played a giant -- he could fill ANY space with his brilliance. Robbie, if I ever get to be so kind as you were to me on a film set I promise I'll do it in your name and memory. Know how much I adore and admire you. I'll really miss your sweetness, your nicknames, your warmth, your laughs, and your hugs. You made us a family. Know you were that to us. There was no better Hagrid. You made it a joy to be Hermoine." 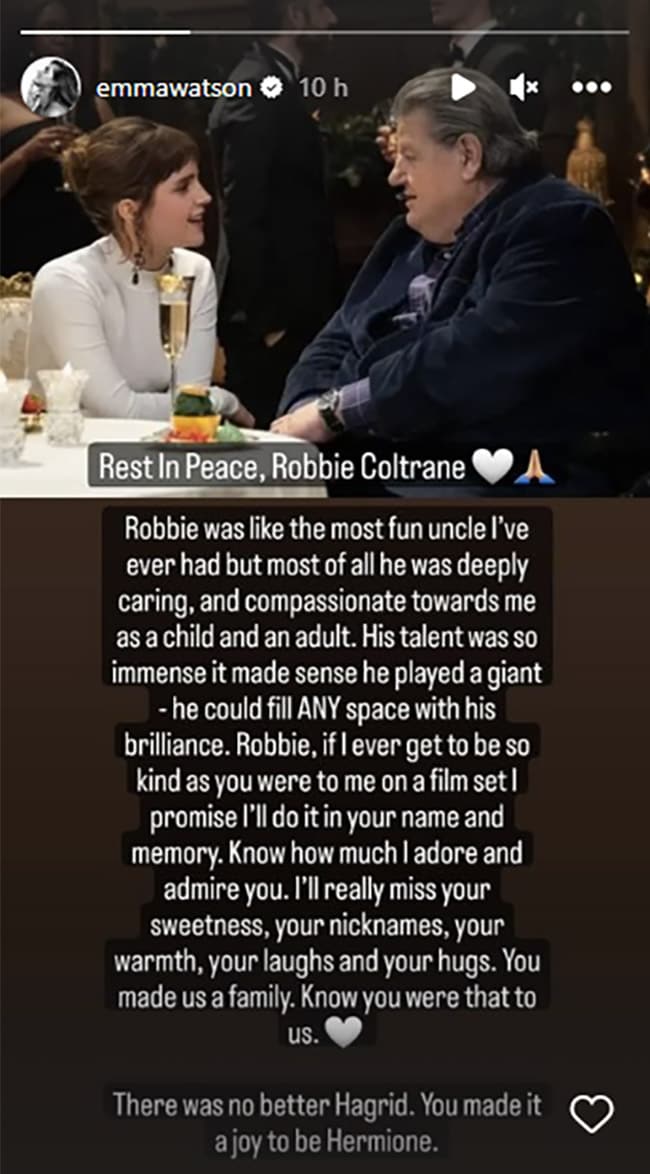 Tom Felton, who portrayed the role of Draco Malfoy, also took to Instagram to pay tribute to Robbie Coltrane. In a caption alongside a photo of Robbie Coltrane, Rupert Grint, Emma Watson and himself, Draco Felton wrote, "One of my fondest memories of filming Harry Potter was a night shoot on the first film in the forbidden forest. I was 12. Robbie cared & looked after everyone around of him. Effortlessly. And made them laugh. Effortlessly. He was a big friendly giant on screen but even more so In real life. Love you mate - thank you for everything."

Robbie Coltrane was born on March 30, 1950, in Glasgow, Scotland as the son of a doctor and teacher. After graduating from Glasgow Art School, he continued his studies in art at Moray House College of Education in Edinburgh, The Hollywood Reporter reported.

As per the reports of The Hollywood Reporter, earlier this year, the cast reunited for the HBO Max reunion special, Harry Potter 20th Anniversary: Return to Hogwarts. Robbie Coltrane grew emotional while he reminisced about his time filming the series. In the special, Robbie Coltrane tearfully said that despite the franchise's conclusion marking "an end of an era," they will continue to live on in generations to come. "The legacy of the movies is that my children will show them to their children so you could be watching in 50 years' times, easy -- I'll not be here, sadly, but Hagrid will," he said.