When Tiger Shroff Is 'Late For Work,' He Does This... 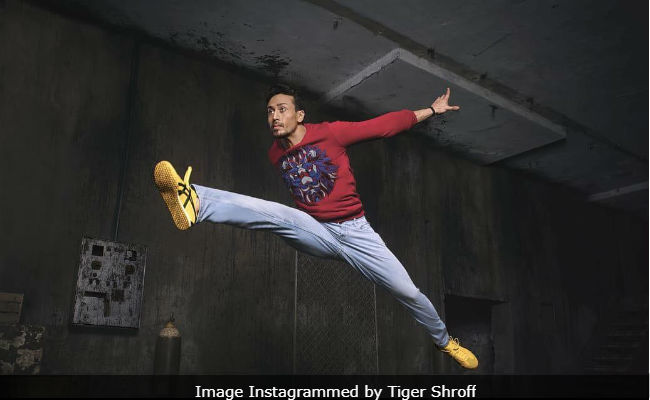 What happens when you are late for work? Simple, you fly as high as you can and take the longest leap. Well, At least that's what Tiger Shroff does. In case you are still wondering what we are referring to, we'd suggest you to go and check out Tiger Shroff's latest Instagram post. Tiger, who can be seen showcasing some great parkour moves in the picture, accompanied the post with a hilarious caption. The 28-year-old actor captioned the post: "Always late for work." The comments section was full of interesting remarks from fans. An Instagram user wrote: "The real Flying Jatt." "Can totally feel you man," wrote another fan. Tiger shared the post with his 10.9 million followers, of which over 2 lakh fans liked it. Well, seems like we do have something in common with the actor.

Anyone who has been following the actor on social media would know that the actor is frequently seen sharing different facets of his life on social media, most of which are backed by hilarious captions. Tiger recently explained what a "cheat day" feels like by sharing a video on his Instagram account.

Tiger Shroff is a fitness enthusiast and is frequently seen sharing videos pertaining to his fitness routines. Take a look at some of the videos here:

Failing as bad as i did in school #stillonlyhuman #fails #wannabespidey

Tiger Shroff stepped into the Indian entertainment industry with the 2014 film Heropanti. He has been a part of several high-octane action films such as Baaghi, A Flying Jatt and Baaghi 2. He will next be seen in Student Of The Year 2, co-starring Ananya Panday and Tara Sutaria. Tiger also has Siddharth Anand's untitled film, co-starring Hrithik Roshan in the pipeline.