Vaani Kapoor On Working With Ranbir Kapoor And Other Stars: "Fortunate To Have Worked With The Best"

"I have so far worked with the best of the best in the industry," said Vaani 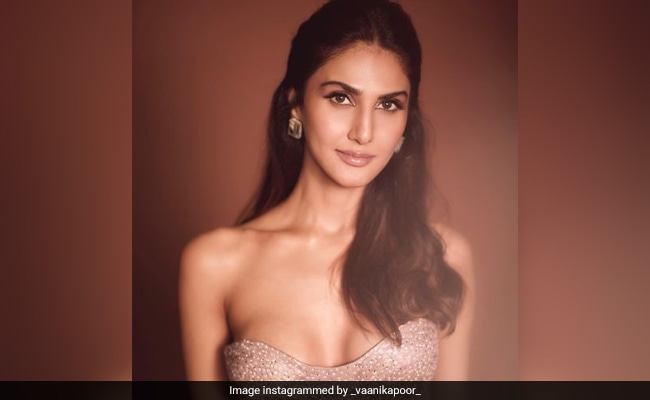 Vaani Kapoor's star has been on a meteoric rise with her last few films. The 33-year-old actress is fresh off the success of Chandigarh Kare Aashiqui and will next be seen in the hotly-anticipated Shamshera opposite Ranbir Kapoor. Vaani is only seven films old but she's already worked with the film industry's top stars - her resume includes Befikre with Ranveer Singh, War with Hrithik Roshan and Tiger Shroff, Bell Bottom with Akshay Kumar and Chandigarh Kare Aashiqui with Ayushmann Khurrana. Speaking to NDTV, Vaani said that she feels "blessed" to have worked with Bollywood's best talent.

"I have been fortunate because without me asking for the right banner, director and co-actor it's so cool that I have never asked for any of these and I have got all this. I have so far worked with the best of the best in the industry. I take up roles that have some sort of storyline. Yes, I am fortunate I didn't have to struggle to work with actors like Ranbir, Ranveer, and Hrithik. I have been blessed so far," Vaani Kapoor said.

Vaani, whose chemistry with Ranbir in the trailer of Shamshera has set the Internet ablaze, also explained why films these days need to be "paisa vasool" to attract audiences to cinemas. "There is another platform out there which is a lot more convenient to watch everything you want in the comfort of your home, which is why the audiences have become a little more selective. We are all now exposed to a larger market of films and shows. People want something new and want to be evoked in a way that makes some difference. A film has to entertain them to the fullest, basically, it has to be paisa vasool that's what even I would want. You need to have a bigger reason to draw the audiences to the theatres today. So yes there has been a shift in the way people consume entertainment," she said.

Shamshera, a Yash Raj Films production, is a period film that co-stars Sanjay Dutt. It releases on July 22 in cinemas.

At Sophie Choudry's Party To Celebrate Her Song Gori Hai: Varun Dhawan, Dia Mirza And Others