Trending: Pics Of Mohanlal Celebrating Diwali With Sanjay Dutt And Maanayata In Dubai

Diwali 2020: The photo features Mohanlal dressed in a red t-shirt and jeans while Sanjay and his wife can be seen sporting traditional outfits 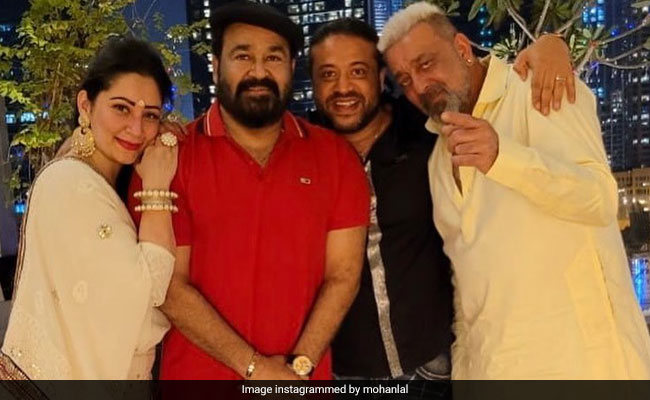 A day after Diwali, south star Mohanlal and Sanjay Dutt occupied a spot on the list on trends on Sunday, courtesy pictures from their celebrations in Dubai. Mohanlal reportedly flew to Dubai last week while Sanjay Dutt has been staying there with his family, including wife Maanayat and kids, since last month. On Saturday, the Drishyam actor posted a picture of himself celebrating the festival of lights with Sanjay Dutt, Maanayata and his friend Sameer Hamsa. "Diwali," he wrote in the caption with diya icons. The photo features Mohanlal dressed in a red t-shirt and jeans while Sanjay and his wife can be seen sporting traditional outfits.

Maanayata also shared glimpses of their celebrations on her Instagram stories. Pictures shared by her also feature her kids Shahraan and Iqra. Check them out here: 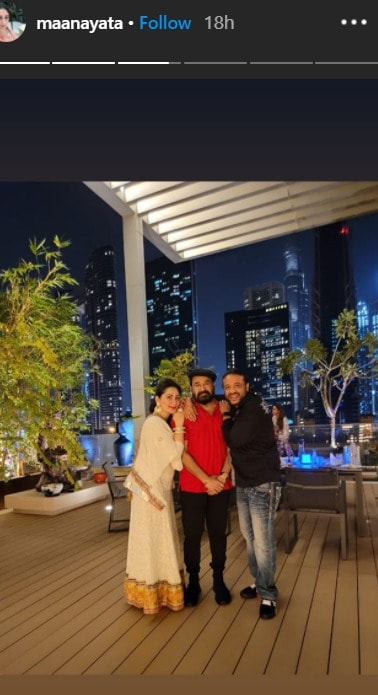 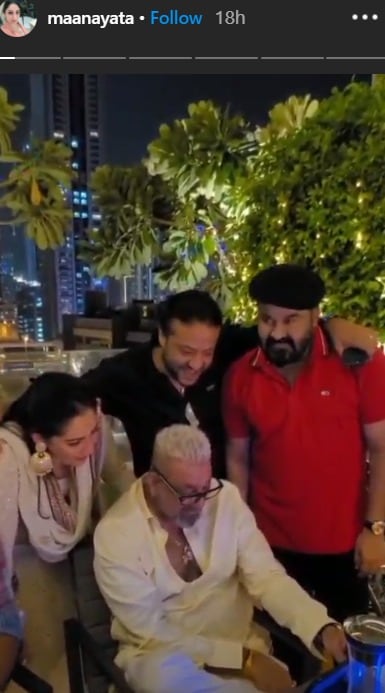 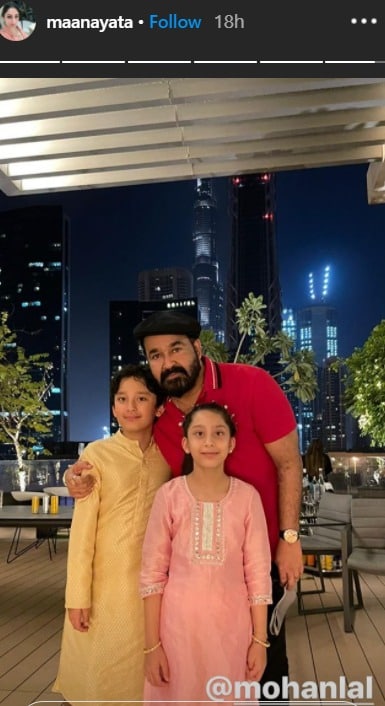 In a separate post on Sunday, Sanjay Dutt sent his fans Diwali wish like this: "Nothing is better than celebrating with family. Wishing you all a very prosperous and safe Diwali and Happy New Year."

Sanjay Dutt moved to Dubai a couple of days after he announced that he has recovered from cancer. In an Instagram post, he wrote on October 21, "The last few weeks were very difficult time for my family. But like they say, God gives the hardest battles to his bravest soldiers. And today, on the occasion of my kids' birthday, I am happy to come out victorious of the battle and be able to give them the best gift I can - the health and well-being of our family." He was undergoing treatment at Mumbai's Kokilaben Hospital.

In terms of work, Mohanlal will next be seen in Drishyam 2. He will soon start the shoot of an untitled film with director B Unnikrishnan.

Sanjay Dutt was last seen in Sadak 2, which released last month on Disney+Hotstar. Other than Shamshera, his upcoming films are KGF: Chapter 2, Torbaaz, Bhuj: The Pride Of India and Prithviraj.