Krishna Shroff says 'acting is not something that intrigues her' 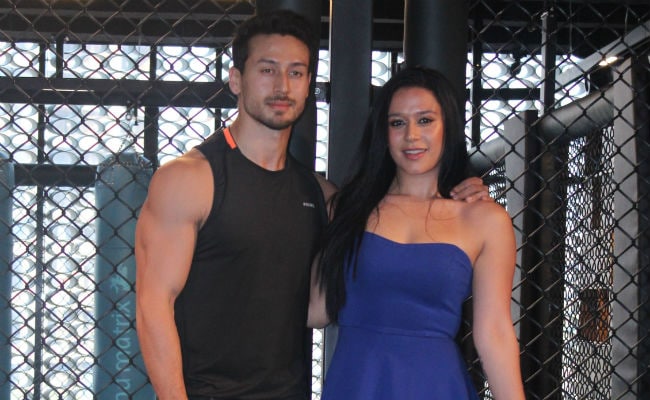 Tiger Shroff photographed with his sister Krishna in Mumbai.

Actor Jackie Shroff's daughter Krishna told news agency IANS that she does not intend to follow in her father's footsteps like her brother Tiger Shroff. Krishna, who is quite popular on social media, said that the idea of becoming an actor does not "intrigue her," although she assisted director Ahmed Khan in Munna Michael, starring Tiger Shroff. "When it comes to acting, I have always been very clear from the beginning that it's not something that intrigues me. I am not the one to face the camera... I am a very private person. I like my own zone and I like being in my own space. I have a couple of friends that I have known for almost 20 years now and it's just me and them in my own little bubble," Krishna Shroff told IANS.

Krishna Shroff was speaking at the launch of her Mixed Martial Arts of MMA training centre which she has opened in collaboration with Tiger Shroff.

Another reason Krishna Shroff cited for not becoming an actor was that she would not be able to give in her 100 per cent to the profession. "If I am not passionate about that one thing then, I won't give it my 100 per cent. I am a very competitive person, so if I know that I can't give my 100 per cent to something, then I am not going to be the best at it and that's when I just refuse to do it," she said.

But Krishna is passionate about fitness and MMA, just like her brother Tiger who is known for his mastery in different forms of martial arts, among other things. "I actually love working out with him (Tiger Shroff). We both share the same passion about fitness. I find my motivation through him. He is one of my biggest inspirations since we were kids. I always strive to be as good as him. If you are living with him every day and you don't feel inspired and motivated then, there is something wrong with you," she said.

"I have been following the sport (MMA) for many years but I just started practising recently. It has really empowered me. More than feeling confident about my physical capabilities, it really has helped with my mental strength and as a woman, it empowers you to feel that you have an upper hand to protect yourself anywhere in the world," Krishna Shroff added.

Krishna Shroff is the younger of Ayesha and Jackie Shroff's two children. Tiger is three years elder to Krishna.