Thittam Irandu Review: Director Vignesh Karthick Does A Fair Job Of Upending Genre Rules. The little that this thriller with a social conscience delivers isn't negligible. 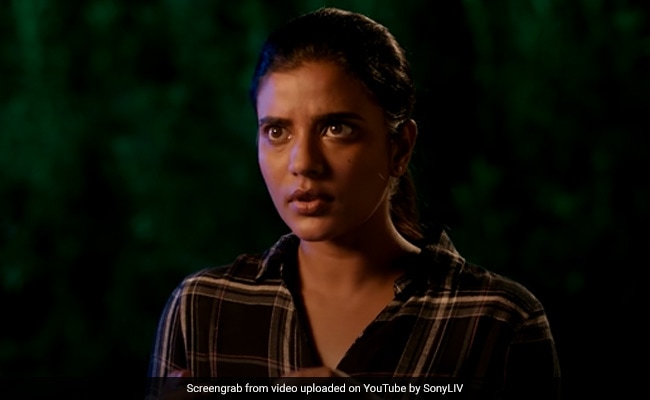 Vignesh Karthick's Thittam Irandu (Plan B) recasts the police procedural as a commentary on how a conservative society impinges upon the personal choices and emotional responses of victims of entrenched prejudices. The unusual tangent gives the Tamil film a startling, if not entirely convincing, climactic turn that separates it from conventional murder mysteries.

While seeking to delivers its complement of thrills, Thittam Irandu, streaming on SonyLIV, examines the consequences of insensitive parenting, the fear of honour killing and the long-term fallout of a hasty marriage.

Thittam Irandu is an intriguing film, if nothing else. It is another matter that the writing falters frequently, robs as much as three quarters of the thriller of the ability to spring genuine surprises. Yet, its late incursion into desire, dysphoria, desperate measures and the need for obliteration of self as a step towards "new beginnings" sets the film apart.

Aishwarya Rajesh's unwaveringly focused lead performance, which taps a wide range of emotions stemming as much from the blossoming of love as from the call of duty, and as much from the dangers her character courts as from the steely determination she exudes, ensures that the film's rough edges are smoothened out to a certain extent.

Thittam Irandu opens with a rainy-night prelude. An armed man - his face hidden under a helmet - limps towards a house with murderous intent. No prizes for guessing, this dangerous intruder is going to return to the thick of the action on a number of occasions as the film back-pedals to a facile back story.

It is the last day of the year. A 25-year-old Inspector, Athira (Aishwarya), who has been transferred to Chennai, is on a sleeper bus one her way to her new posting. She meets a male co-passenger (Subash Selvam). Athira falls for the stranger even though she doesn't even know his name.

The sociable young man - he is a small-time actor - disembarks without bidding goodbye. But he does leave a small handwritten note simply signed "L-9" (the number of his bus seat), wishing Athira a Happy New Year. The young policewoman's growing interest in the enigmatic co-traveller is fuelled by a heightened sense of intrigue.

In Chennai, one of the first cases that Inspector Athira has to deal with involves the disappearance of Deepa Surya (Ananya Ramprasad), a childhood friend she lost touch with after the latter wed a well-to-do doctor and drifted away.

The missing lady's husband, Kishore (Gokul Anand), looms into the frame. He is the man who alerts Athira but his involvement in the crime cannot be ruled out. A charred body is soon discovered from a mangled car. For a shocked Athira, unearthing the truth assumes the dimensions of a personal mission. 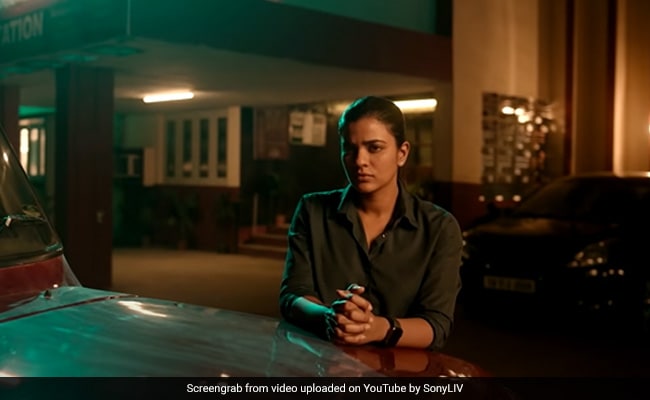 It is apparent why she is so keen to solve the case. Her friendship with Surya goes back to the time they were little girls growing up in a small town. Under pressure from her orthodox family, Surya weds early. Athira joins the police force.

But that does not stop Athira's mom from constantly pestering her with photographs of potential husbands that she picks for her daughter from matrimonial sites. And then the chance meeting with the bus passenger gives Athira a pretext to ask her mother to stop fretting over finding a match for her.

One thing leads to another and Athira realises what she has on her hands isn't an open and shut case. As she peels the layers of mystery surrounding her friend's baffling disappearance, she finds herself sliding into dead-ends and traps. There is much more to the Deepa Surya case than she and her colleagues can comprehend.

There is enough mystery in the story to sustain Thittam Irandu until the very end, where, as has already been emphasised, the film springs a massive surprise. But the process or, to be precise, the set of processes that it employs as it wends its way to the climax, isn't particularly exhilarating.

The film has none of the dark and gritty overtones that one expects from a suspenseful thriller. This lacuna isn't, however, for want of trying. 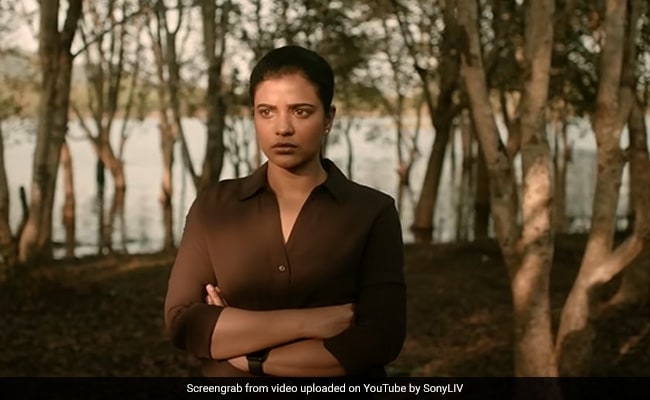 Director of photography Gokul Benoy does all he can to lend the film an air of dread and foreboding, especially in the night scenes in which heinous deeds are contemplated and executed.

Thittam Irandu neatly compartmentalises itself to allow for a policewoman's investigation and a director's eventual purpose to run parallel to each other until it is time for the two strands to converge and overlap. Just a little more depth and a certain angularity (and perhaps some ambiguity) with regard to the big final reveal would have done the trick and prevented the film from ending on a pompously declamatory note.

Thittam Irandu opts for overly simplistic methods to deal with highly tangled issues. One character is incensed because somebody spurned his love when he was a college student. Another key figure's obsession with her object of desire is accentuated by severe personal misgivings.

The inspector's home (it isn't a cramped government flat) has the feel of a designer abode - a place perfectly suited for a candlelight dinner that culminates in a soft-focus kiss. The coy smooch and the manner in which it is filmed takes much away from the love affair at the centre of Thittam Irandu. Shouldn't the lip-lock have been far less hesitant, if not more expressive? 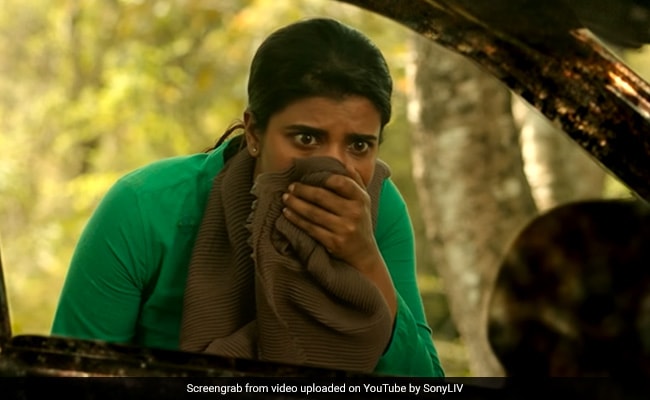 Be that as it may, director Vignesh Karthick does a fair job of upending genre rules. The police inspector is a determined woman in uniform but she certainly isn't your average action heroine. A chase and a single gunshot at a fleeing man are all she is allowed. The rest of the drama of her life plays out either in quieter settings or in the recesses of her mind.

Aishwarya Rajesh, alive to the subtle shifts that a role such as this demands, helps the film along with her precise articulation of the cop's inner turmoil. Unfortunately, while it may seem that there is a great deal to unpack in Thittam Irandu, it isn't until its final act that the film comes up with the promised Plan B.

A case of too little too late? Well, the little that this thriller with a social conscience delivers isn't negligible.

Samantha Ruth Prabhu Is Trending After Changing Name On Twitter And Instagram. Here's What It Says Now