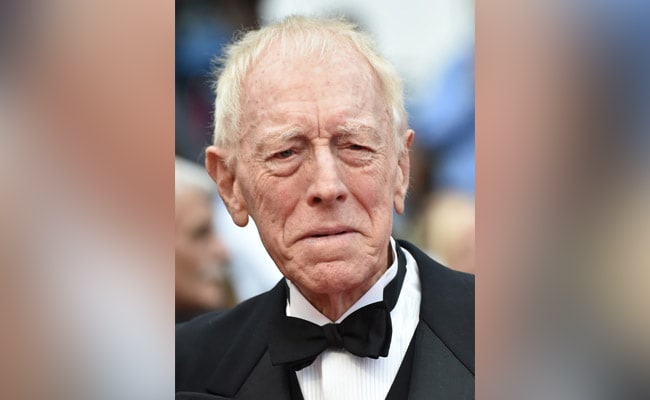 Swedish-born actor Max von Sydow died in France on Sunday, his family said in a statement, reported news agency AFP. He was 90. "It is with a broken heart and with infinite sadness that we have the extreme pain of announcing the departure of Max von Sydow," read a statement from his wife Catherine Brelet, reported AFP. The actor appeared in more than 100 films and television shows in his over six-decade-long career. Max von Sydow was best-known for his performance in Ingmar Bergman's The Seventh Seal, in which he portrayed a man who plays a chess game with Death. It is said that the film changed the course of his career.

Post The Seventh Seal, Mr Sydow collaborated with the same director for 10 more films, including Wild Strawberries (Oscar-nominated film), Brink Of Life, Rabies, The Virgin Spring (Oscar-winning film) and The Magician among others.

He also appeared in hits such as The Greatest Story Ever Told, The Exorcist, Hannah And Her Sisters, The Wolf At The Door, Until The End Of The World, A Kiss Before Dying, The Diving Bell And The Butterfly, The Wolfman and Shutter Island to name a few.

Max von Sydow's television shows include The Diary Of Anne Frank, The Last Place On Earth, Hiroshima: Out Of The Ashes, Dark Kingdom: The Dragon King and Private Confessions among others.

In the recent years, Max von Sydow played Lor San Tekka in J.J. Abrams' Star Wars: The Force Awakens, in which he co-starred with Daisy Ridley, Adam Driver, John Boyega and Harrison Ford, and the Three-Eyed Raven in the now-concluded television series Game Of Thrones. The last episode of the final season of Game Of Thrones aired in May last year. Other than the aforementioned projects, Max von Sydow also voiced a character on animated sitcom The Simpsons. He was last seen in Thomas Vinterberg's 2018 film Kursk, in which he played the role of Admiral Vitaly Petrenko.