"It's a job full of responsibility for an actor to pull off a character of a public figure," said Rohit Shetty 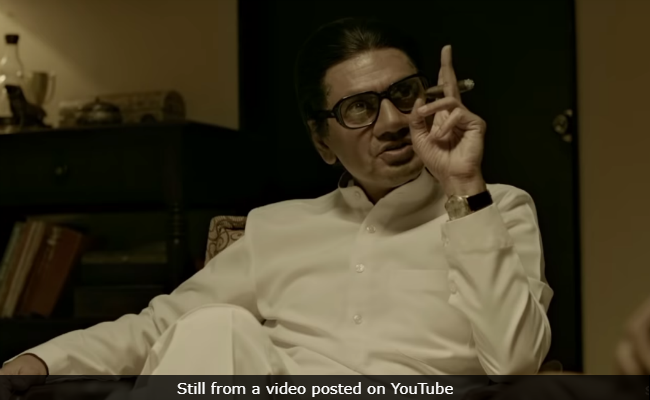 Nawazuddin Siddiqui in a still from Thackeray. (Image courtesy: YouTube )

Bollywood directors Shoojit Sircar and Rohit Shetty reviewed Nawazuddin Siddiqui's performance in the Bal Thackeray biopic. Shoojit Sircar, who watched the film on Wednesday, tweeted: "Film Thackeray portrays how an artist becomes a powerful political leader. The film is bold and powerful." The October director referred to Nawazuddin as one of the "finest actors" in the film industry and added, "Nawazuddin Siddiqui is one of our finest actors, roars like a tiger.. Congratulations to Sanjay Raut." Meanwhile, Rohit Shetty, who interacted with the media on the sidelines of the film's screening on Wednesday, said that Nawazuddin "portrayed Balasaheb fabulously" and told news agency IANS: "It's a job full of responsibility for an actor to pull off a character of a public figure but Nawaz has portrayed Balasaheb fabulously." The 45-year-old director added, "Nawaz is an outstanding actor and I think everyone says the same thing about him after the release of each of his films."

Film Thackeray portrays how an Artist becomes a powerful political leader. The film is bold and powerful. @Nawazuddin_S one of our finest actors roars like a tiger.. Congratulations to @rautsanjay61 and @RKpanday1977 .

The list of admirers didn't just end there. Besides Shoojit Sircar and Rohit Shetty, actor-politician Shatrughan Sinha also praised the lead actor and tweeted: "I'm told Nawazuddin Siddiqui is outstanding and it seems he has done complete justice to the role. He is credible and believable as he plays the late Shiv Sena Supremo, Balasaheb Thackeray."

As a tribute to his memory, a film, 'Thackeray' a biopic on the life of Balasaheb releases on 25th Jan'19. I'm told Nawazuddin Siddiqui @Nawawazuddin_S is outstanding & it seems he has done complete justice to the role. He is credible & believable as he plays the late

Thackeray will open in theaters on January 25 but ahead of its release, a special screening was organised on Wednesday evening in Mumbai. The screening was attended by Nawazuddin Siddiqui, who plays the titular role in the film and Amrita Rao, who plays the role of Meena Tai Thackeray. Amrita Rao was accompanied her husband Anmol to the screening. Film's writer Sanjay Raut was also present at the screening. Besides team Thackeray, Piku director Shoojit Sircar and Simmba director Rohit Shetty also watched the biopic.

Here are the pictures from last night's screening: 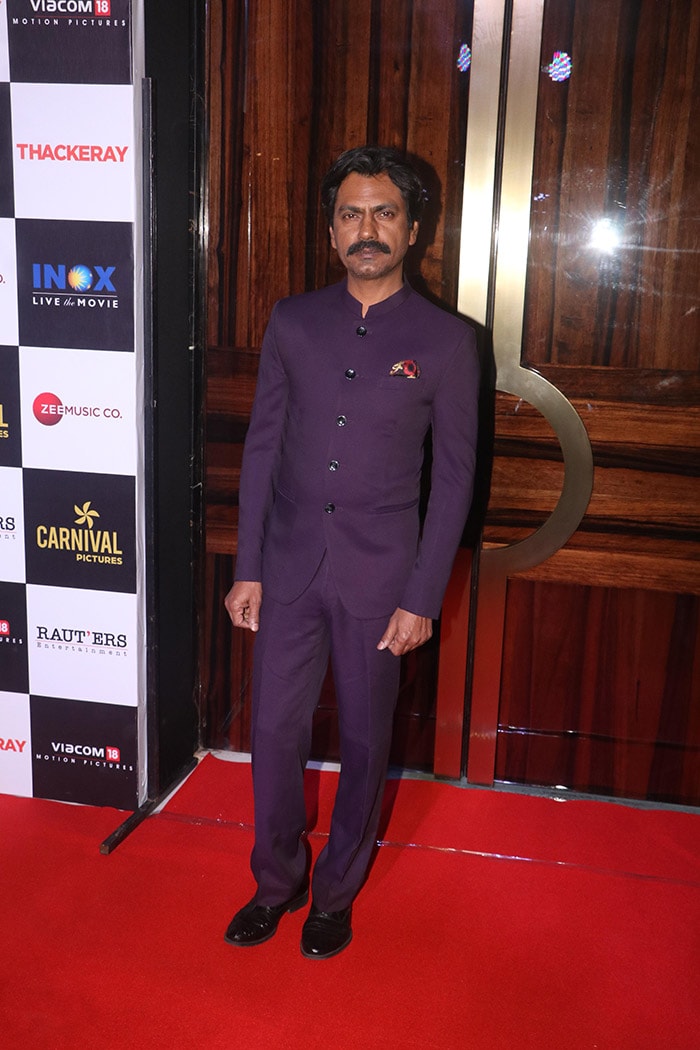 Nawazuddin Siddiqui at the screening. 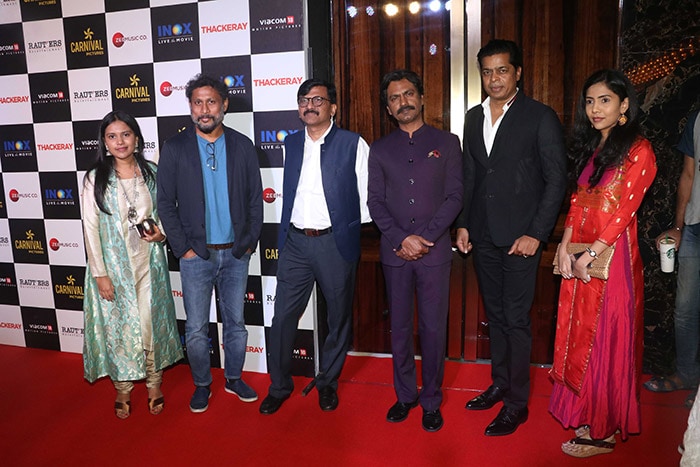 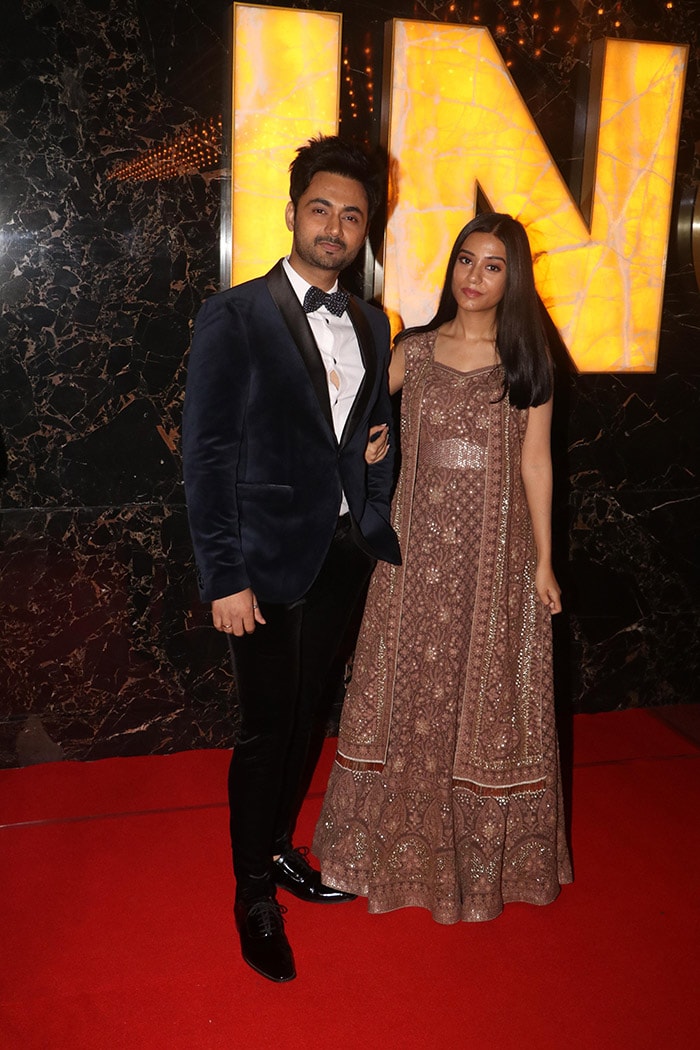 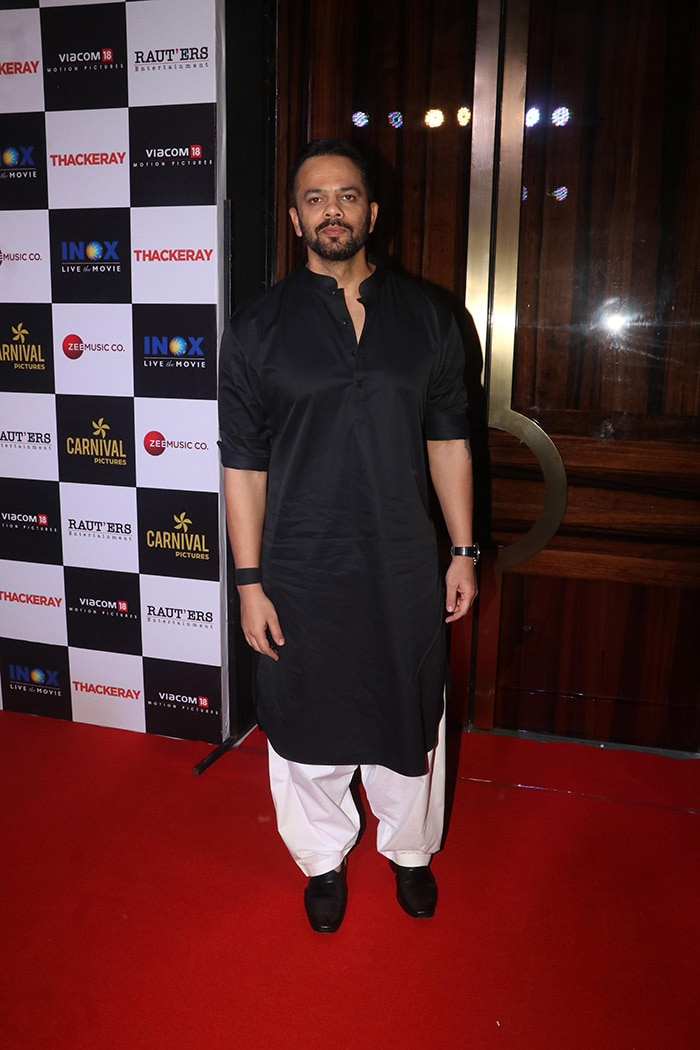 Rohit Shetty at the screening.

Thackeray  is a biopic based on the life of late politician Bal Thackeray, who was the founder of Shiv Sena. The film has been directed by Abhijit Panse and it has been written by Sanjay Raut. The film will open in theaters on Friday and it will clash with Kangana Ranaut's Manikarnika: The Queen Of Jhansi, which is a biopic on Rani Lakshmi Bai.