Who Let The Multiverse Out? "It's Been Doctor Strange All Along" And Twitter Can't Even

Doctor Strange recklessly messes with space and time after being told not to and opens up the multiverse, endless realms of alternate realities where anything could happen 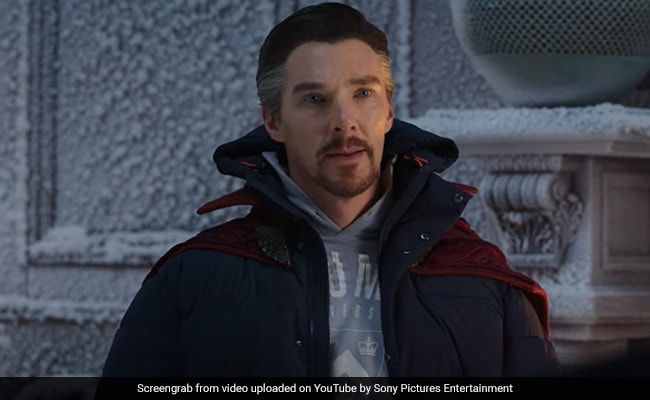 The trailer of Spider-Man: No Way Home has been released and the Internet is beside itself - not just because of the big reveal about Doctor Octopus (short version: Doc Ock is back and he's still played by Alfred Molina), but because it turns out that Stephen Strange isn't entirely the all-knowing fount of wisdom that he was in Avengers: Infinity War. Doctor Strange, played by Benedict Cumberbatch, recklessly messes with space and time - at the behest of Tom Holland's Peter Parker/Spidey, it should be said - after being told not to and opens up the multiverse, endless realms of alternate realities where anything could happen. Messing with the space-time continuum never ends well - Doctor Strange has already had to contend with Dormammu. You'd think being finger-snapped out of existence by Thanos would be a sobering experience but this wink seems to prove otherwise:

Reality has been bent out of shape in recent Marvel offerings by the combined onslaught of Wanda Maximoff in the series WandaVision, Loki and his variant Sylvie, and now Doctor Strange, Sorcerer Supreme and generally the voice of reason in the Marvel Cinematic Universe. It's weird but Twitter will allow it, though the discovery that Doctor Strange's character is a bit dheela has been giving the Internet all sorts of feels.

Wanda, loki, sylvie who? It's been dr strange all along pic.twitter.com/qB8r2BYlUk

We were wrong about how Loki and Wanda were going to wreck the Multiverse after all. It was Peter Parker and Doctor Strange all along #SpiderManNoWayHomeTrailerpic.twitter.com/sP5orUehdI

Doctor Strange, Loki, and Wanda in Multiverse of Madness trying to figure out who did the most damage to the multiverse pic.twitter.com/s60gJguZH8

wanda, loki, and doctor strange messing up the multiverse: pic.twitter.com/VpHIwFBZi7

wandavision, loki and spider man: no way home messing with the multiverse at the same timepic.twitter.com/yGfzDkBWaP

In events orchestrated by Jake Gyllenhaal's duplicitous Mysterio, Peter Parker has been unmasked as Spidey and turns to Doctor Strange for help in making it all go away. Don't cast the spell, Doctor Strange is warned by Wong but proceeds to anyway with Peter lobbing a curveball and voila, hello multiverse. This brings for perils from the past - there is a fleeting glimpse of the Green Goblin and a full reveal of Doctor Octopus, both resurrected from the Sam Raimi-directed Spider-Man trilogy by the actors who played them, Willem Dafoe and Alfred Molina. Thankfully, though, Tom Holland is not reset to Tobey Maguire.

Watch the trailer of Spider-Man: No Way Home here:

Another Spidey villain will also appear in Spider-Man: No Way Home - Jamie Foxx as Electro, reprising his role from the films starring Andrew Garfield as Peter Parker/Spider-Man. The cast also includes usual suspects Zandaya as MJ, Marisa Tomei as Aunt May, Jon Favreau as Happy Hogan and Jacob Batalon as Ned. Spider-Man: No Way Home will release on December 17.