Shekinah Mukhiya is a class six student of St. Thomas School, Dehradun, who came into the spotlight after making it to the top ten of Voice India Kids 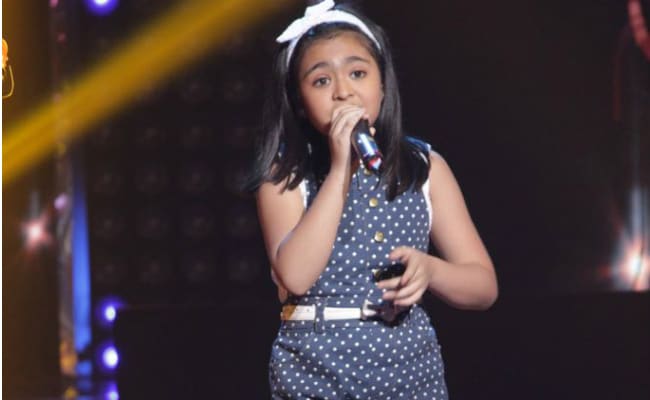 Dehradun: Voice India Kids and its contestants on &TV have been winning hearts, and one of them is young singer Shekinah Mukhiya from Dehradun. 11-year-old Shekinah, daughter of Vikas and Deera Mukhiya, is a class six student of St. Thomas School, Dehradun, who came into the spotlight after making it to the top ten of the children's music reality show on television. While initially there were five-six young contestants from the hill-state in the show, most of them were out in the battle rounds and Shekinah made her way up the ladder.

The young prodigy has been humming and singing rhymes from an early age - from when she saw her father, a self-taught singer, perform on stage. His love for music was passed on to Shekinah.

Now back in her favourite city Dehradun, which she says, 'is greener than Mumbai,' Shekinah is on a much-deserved break doing what anyone her age would do. Besides singing, the young singer likes to write short stories and spend quality time with her younger brother Enosh while her mother, Deera, is an English teacher at a private school in Dehradun.

One of the most unforgettable moments of Voice India Kids for Shekinah is when she adorably imitated Himesh Reshammiya - one of the coaches on the show - and was cheered on for it.

Performing in front of coaches such as Shaan, Himesh, Palak Muchhal and Papon while her father Vikas strummed the guitar during her performances, Shekinah recalls, "I was nervous as well as excited in the audition rounds. I sang Kaisi Pehli Hai Yeh Zindagani which was liked by all the coaches and that boosted my morale."

Promoted
Listen to the latest songs, only on JioSaavn.com
With a penchant for jazz and blues when it comes to music, the father-daughter duo have been an instant hit, with her fan following growing by the day. "Just yesterday, she received a hamper from her fans in Maharashtra," says a beaming father, who plans to train his daughter in the field of theatre and music in the future.

Deera and Mark are proud parents and rightly so, "For us she has already won the show. To have come as far as she did out of so many talented kids is in itself a big thing. She has shown us and everyone else what she is capable of attaining."