Rohit Roy said: "I'd love to know who I have harassed in my life" 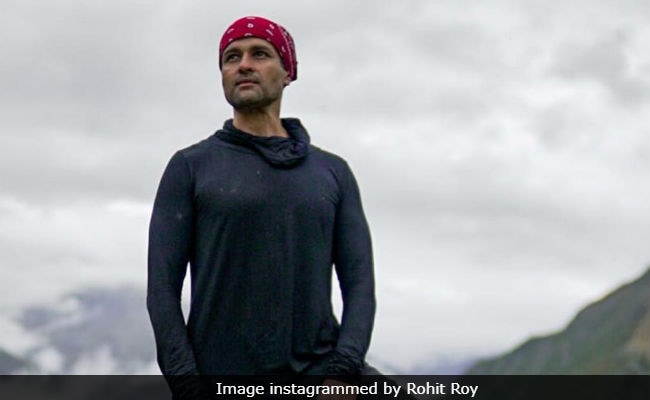 Actor Rohit Roy denies he harassed a woman when she was 16, telling New18, "That's not me at all... I think there's some mistake." He also says, somewhat confusingly, "I saw the entire thing" - it's not clear what he saw and, if he did witness some sort of misconduct, why he didn't do anything about it. The Swabhimaan actor has been accused of texting and attempting to kiss the woman, allegedly with his wife Manasi Joshi in the next room. The accusation has been shared anonymously by the woman via journalist Paulami Das' Twitter account.

Speaking to News18, Rohit Roy said: "I had checked the entire account, that's not me at all. I would love to know who this is. It's not actually sexual harassment or anything like that. I saw the entire thing. I think there has been some mistake. I'd love to know who I have harassed in my life. Please find out and let me know."

On Twitter, the actor has retweeted some posts which say they believe he is innocent.

Like Rohit Roy, writer Varun Grover has also denied he harassed a woman, who claims to have been his junior in college, during a play. This allegation was also made anonymously and Mr Grover has tweeted a detailed rebuttal. He has been vouched for by film industry colleagues including directors Anurag Kashyap and Neeraj Ghaywan and others.

This man I have known so closely and so so long that I refuse to believe any allegations about him . #believethevictim and investigate the claims and also be careful to not let vested interests sabotage a long pending genuine movement https://t.co/A4bkVgF9Hb

The explosion of #MeToo stories on social media have also, perhaps inevitably, raised concerns that some allegations may be false or exaggerated, if not outright malicious. Several celebrities who have tweeted in support of the movement have also urged caution. Among them are Siddharth and Huma Qureshi.

To the women helping anonymous survivors out their abusers, a word of caution. There's no harm in waiting, collecting details, formulating them clearly before presenting. Resist this urge to out soon as you discover!Your anger is real. Take your time! Abusers' #TimesUp Not yours.

All hail #MeToo But Sisters , pls don't make false allegations & derail what is an extremely crucial movement. Also not every pass / flirtatious chat = assault . Know the difference and allow an open/safe space to those who have long waited to be simply heard.Just the truth pls

Dear women. I'm requesting you all .. please do not make false allegations and derail what is an extremely crucial movement. Please. Just the truth. No personal agendas. No lies that disempower the truthful. Thank you. Much love