"I can proudly say that within short span of one year, I achieved a good fame and fan following," wrote Saqib Khan 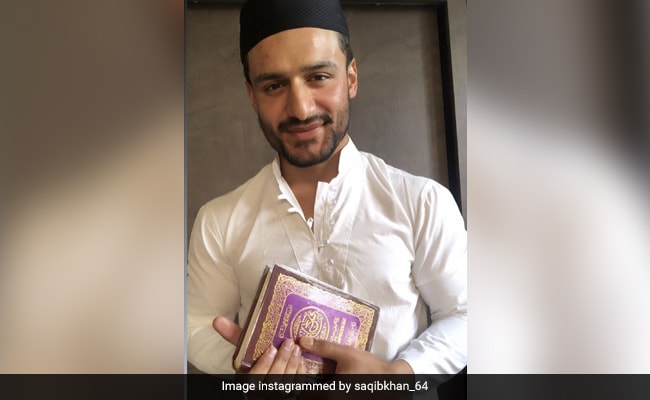 Roadies Revolution contestant Saqib Khan has decided to quit showbiz for religious reasons. In an extensive post, the former reality show contestant revealed that he will not be taking up any more acting or modeling projects. He announced his exit from the entertainment industry with these words: "Hope you all doing good. Today's post is regarding announcement as I am quitting the showbiz. So I won't be doing any modelling and acting in future." In his post, Saqib explained that his decision was not backed by the lack of work. On the contrary, he had several "good projects" in the line-up."

He added in his post, that he witnessed his share of struggle in Mumbai but managed to "survive" and that he "achieved a good fame and fan following" (his words). He wrote in his post: "As far as I have seen the struggle in Mumbai, it's very difficult to survive but I can proudly say that within short span of one year , I achieved a good fame and fan following."

Saqib Khan signed off his note with an apology. "I sincerely apologise to people whom I have hurt intentionally or unintentionally," he wrote.

Saqib Khan was a part of Prince Narula's gang in the TV reality show Roadies Revolution. However, he was voted out in the first round of elimination. The show featured Rannvijay Singha as the host. Neha Dhupia, Nikhil Chinapa and Varun Sood were also gang leaders. Hamid Barkzi won the show. Earlier actors like Zaira Wasim and Sana Khan quit showbiz citing religious reasons.