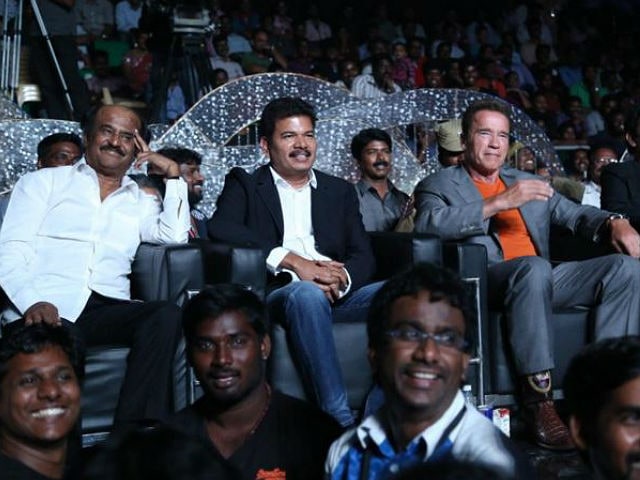 This image was posted on Twitter by S Shankar

Chennai: Superstar Rajinikanth, who is currently shooting in Bangkok for his upcoming Tamil film Kabali, will undergo a special make-up test for the sequel to Tamil blockbuster Enthiran next month.

"In the first week of December, Rajinikanth will be in the city for special make-up test for Enthiran 2. International make-up artist Sean Foot, who had worked in films such as I and Avatar, will take care of the look of the superstar," a source from the film's unit told IANS.

The film, which is expected go on floors next year, will have music by AR Rahman and visual effects by Srinivas Mohan, who had worked on Baahubali.