The entrepreneur posts funny videos, health posts and appreciatory notes for his wife on Instagram. 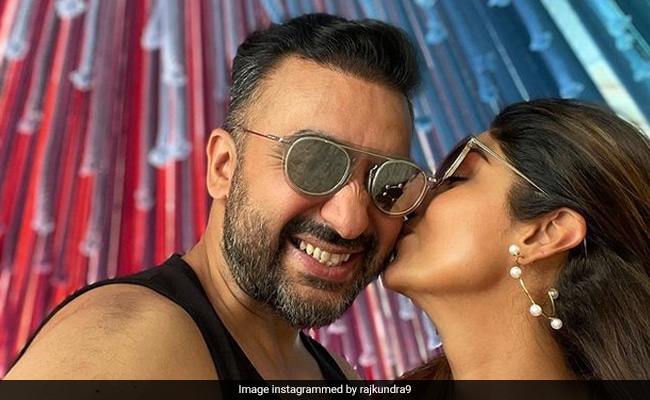 Some mothers will say, pregnancy is a sweet experience. Other mothers will agree, but with an addition: pregnancy just spoils the figure and those old jeans don't fit you anymore.  Kriti Sanon's titular character in the upcoming film Mimi has similar thoughts. But, if you have watched the trailer, you know what convinces Mimi; just the name of Shilpa Shetty. And Shilpa's husband Raj Kundra is having much fun with this reference to Shilpa's post-pregnancy figure. Raj, businessman and entrepreneur, posted a video of stitched scenes from Mimi and Shilpa Shetty's upcoming film Hungama 2. The video is about flaunting Shilpa's beautiful figure even after pregnancy.

It starts with a scene from Mimi when the titular character considers pregnancy for surrogacy. She asks the doctor if the pregnancy will affect her figure, to which the doctor asks, "Did Shilpa Shetty's figure get ruined?" The video cuts to the new song Churake Dil Mera 2.0 where Shilpa is seen dancing in a sleek body draped in a red saree. Then, we see photos of her pregnancy and, ultimately, the lithe beauty in a leopard-printed tankini.

Raj's Instagram account is full of funny videos, most of which are face-swaps. In a recent one, he swapped faces with Lionel Messi as the football giant's Argentina team won the Copa America Cup 2021. In the caption, Raj said, "It's amazing how similar we look..."

Look how Raj swapped faces with star Portugal player Cristiano Ronaldo in the coke controversy video. The caption is funny and apt for this health buff, "Monday motivation at its best! Ditch the sugary fizzy drinks and enjoy thirst-quenching water! Yeah, that was me."

Raj does not leave out Shilpa from his endeavours. What other than Titanic can depict Raj and Shilpa's love for each other? Check it out here:

Let us know what are your thoughts on Raj's funny videos and the two upcoming movies.

On Hrithik Roshan's Birthday A "Big Hug" And Wishes From Ex-Wife Sussanne Khan. See Her Post