Panga Movie Review: The role fits Kangana Ranaut to absolute perfection and there isn't a single false note in her performance. 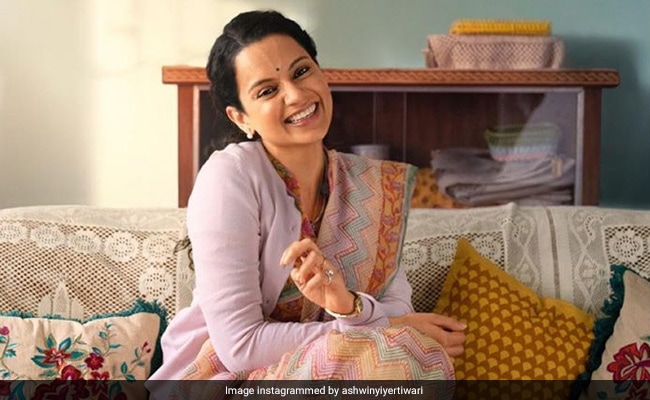 Rooted in the real world, Panga features a glamorised Kangana Ranaut in the role of a retired kabaddi player who returns to the sport after a seven-year hiatus and inevitably runs into a series of challenges. The film's central premise has undeniable potential but it would have come to naught had the treatment not been as sure-footed.

The intelligently scripted, deftly directed and well-acted sports drama is peopled by characters who are easy to relate to. Unlike average Bollywood films of the genre, Panga does not ever strain credulity even when one might feel that it could have done with a little more momentum. The deliberate pacing ultimately does no harm. It, in fact, keeps the audience from taking their eyes off the crux of the tale.

Director Ashwiny Iyer Tiwari (Nil Battey Sannata, Bareilly Ki Barfi) stays true to the small-town, middle-class moorings of a narrative that banks more upon small gestures of defiance and daring than on grand flourishes and bluster. Working with a script she has co-written with Nikhil Mehrotra and additional screenplay inputs and dialogues from Nitesh Tiwari, she crafts a tale that does not sacrifice authenticity for flashy plot sleights or thrills of a superficial nature. 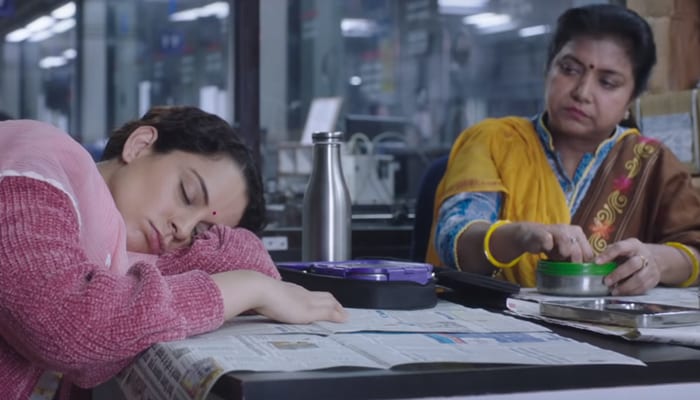 Even when the film's key character. Jaya Nigam (Ranaut), is tantalizingly close to realising her dream of representing India again, the film does not overreach in the pursuit of high drama. It is an uphill trek for Jaya as she negotiates blips along the way. There are times when she seems incapable of pulling it off, which makes her endeavour all the more engaging.

Panga also scores handsomely for the manner in which the crucial kabaddi sequences are mounted and choreographed (by national-level player Gauri Wadekar). Rarely do sports scenes in Hindi cinema look as natural they do in Panga. A large part of the credit should also accrue to the actors led by Ranaut - they never look out of place on the kabaddi court. The role fits the female lead to absolute perfection and there isn't a single false note in her performance. 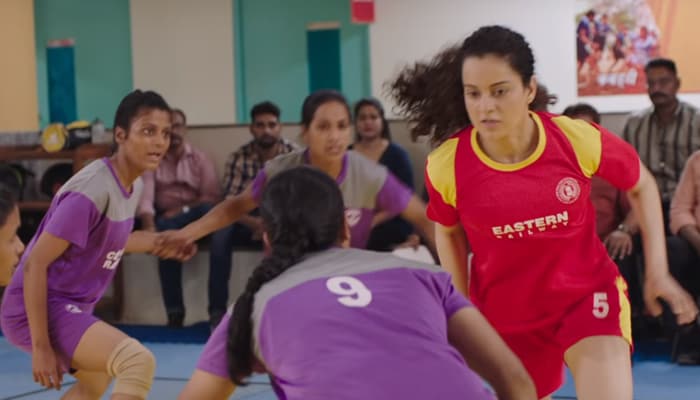 The film steers clear of overt melodrama and weaves the story of a mother making a comeback to a physically exacting game around tangible struggles stemming from her professional and personal responsibilities. In Jaya's absence from her Bhopal home, her husband Prashant (Jassi Gill) struggles to produce passable aloo parathas for breakfast and draws a stinging rebuke from their son Aditya (Yagya Bhasin). He also makes a complete hash of giving the boy the look of a tiger for his school's annual day.

The family lives in a modest government accommodation and the production design team makes no effort to overly prettify the space. The actions captured within are also shorn of artifice. It has the looks of a live-in home, not of a gleaming designer pad. In one passing scene, Prashant dunks a cookie in his tea while Adi, spread-eagled on the sofa, licks the cream off a biscuit as Jay I. Patel's camera captures the 'spectacle' unblinkered.

By refraining from projecting the protagonist as an infallible superheroine who takes the hurdles in her way head-on and triumphs, Panga stays firmly in the realms of a plausible tale even as it drives home the sheer audacity of the leap of faith made by a woman trapped, partly of her own volition and partly due to the pressures of motherhood, in dreary domesticity.

The slow-burn approach allows aspects Jaya's character to seep into the 'action' scenes - they are all restricted to the kabaddi court and the practice arena - and lend them both genuineness and power. The challenges of the working woman's role as mother to a seven-year-old boy with poor immunity and the distance that she has traversed since quitting kabaddi at her peak are channelled fruitfully into her efforts to reclaim lost glory in the face of familial and societal expectations.

Her unwaveringly supportive husband represents masculinity of a kind that Mumbai movies rarely celebrate, let alone showcase. Panga goes all out to show us the strength of a man who subsumes his ambitions into those of his wife and throws his lot behind her when opportunity knocks on her door. Jaya has to leave Bhopal, where the former India captain and feted raider is a now rail ticket booking clerk, and move to Kolkata to join a newfangled Eastern Railways team. No praise could be too high for Jassi Gill's performance. He immerses himself so completely into the character it is difficult to imagine any actor playing it better.

Panga isn't the sort of Bollywood sports film in which the protagonist is a cocky, invincible smooth-talker who bulldozes her way through without a care in the world. Jaya has to reckon with a slew of obstacles. Her son needs constant monitoring owing to his medical condition. Her husband, also a Railways employee, has no clue how to keep the household running when the onus falls on him. Just as important, Jaya is no longer a sprightly 25-year-old. Her reflexes have slowed down. Her body is no longer in shape. Her spirit is willing, but her mind keeps telling that she might be venturing into rough terrain. 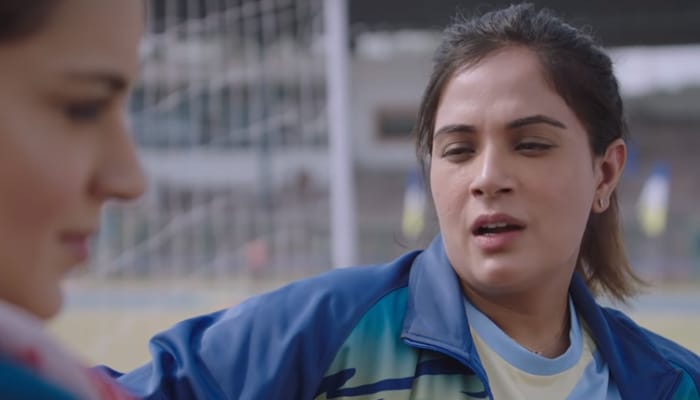 Jaya's mother (Neena Gupta) is the first to warn her about the foolhardiness of her move. But a former teammate and talent scout Meenu (Richa Chadha), after initial friendly scepticism, steps up to help her friend achieve her goal. And finally, Jaya shares a room with a younger girl, Nisha (Megha Burman), who eggs her on and stands by her when the chips are down.

Only once does the conflict assume an external dimension in the form of the current India captain Smita (Smita Tambe), who has no love lost for Jaya. The former has reason to suspect that the 32-year-old is on her team only to warm the benches and return home with a gold medal from the Asian Kabaddi Championships without slogging it out on the court. The national coach (Rajesh Tailang), on his part, makes no bones about why he needs Jaya to be included in the squad. Extraneous, somewhat cynical reasons are cited for her selection, which puts both the player and her family under undue stress.

The supporting actors, spearheaded by Richa Chadha in an extended cameo that livens up Panga a few notches, are first-rate. Both Megha Burman and Smita Tambe, embodying two ends of the film's kabaddi spectrum, deserve special mention for their sterling show on and off the court, while the seasoned Neena Gupta, somewhat underserved by the screenplay, loses no opportunity to make her presence felt.

Sensitive and riveting at once, Panga is a not-to-be-missed gem.