"Our Bond Is Forever": Mahira Sharma On Her Equation With Paras Chhabra

"More than me, my mother gets along well with Paras," said Mahira 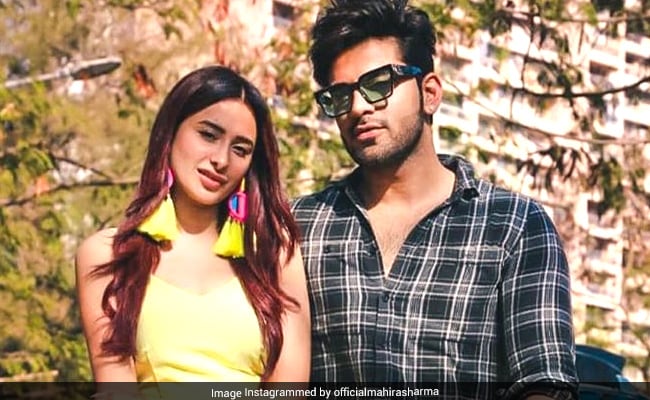 Mahira Sharma grabbed a permanent spot on the trends list on Friday, with her comments on her equation with Paras Chhabra. Mahira Sharma and Paras met on the sets of Bigg Boss 13 and became thick friends. Speaking about her equation with Paras, in an interview with ETimes TV, Mahira said, "We are and were loyal towards each other and our bond is so strong that people will realise how good friends we are. Our bond is forever. I don't get along well with everyone that easy and now that Paras is my friend, I will maintain this bond for life."

Referring to several reports stating that Mahira and Paras have been dating each other, Mahira said that the link-up rumours don't affect their friendship. She said, "There are a lot of things that people have said in the past also and they still keep saying it and I think kuch toh log kahenge logon ka kaam hai kehna. They say good and bad both things about us, but it really doesn't matter to us."

In the course of the conversation, the Kundali Bhagya actress also revealed that Paras and her mother really get on well with each other. She also said that her mother likes chatting with Paras over the phone, "My mom loves Paras a lot, she likes him. More than me, my mother gets along well with Paras. I don't call him that much, but my mom likes chatting with him over the phone, tujhe pata hai ye hua woh hua... aur bata kya chal raha hai.," said Mahira.