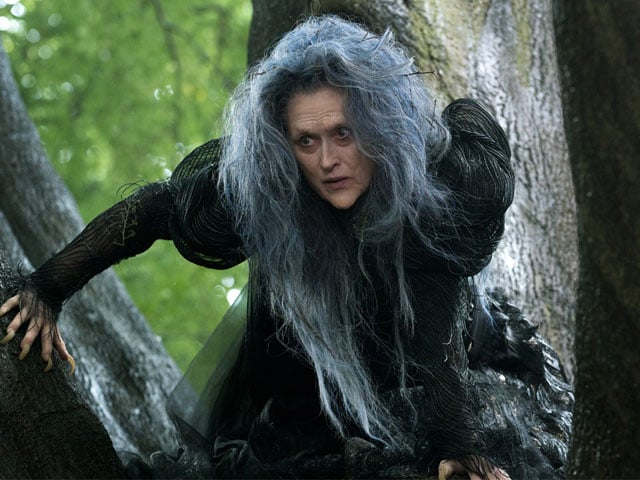 Meryl Streep in a still from Into The Woods

The redoubtable Meryl Streep has been nominated for an Oscar for the 19th time, earning a Best Supporting Actress nod for her performance as a fairytale witch in Into The Woods.

Ms Streep is, of course, the most nominated actor ever, and has been for some years. Way behind her are actors Katharine Hepburn and Jack Nicholson, tied at second place with 13 nominations each.

Ms Streep has won three Oscars so far - Best Supporting Actress for Kramer vs Kramer, and Best Actress for Sophie's Choice and The Iron Lady. She is one of only six actors to have three Oscars - the other five are Katharine Hepburn (who holds the record with four Best Actress Oscars), Walter Brennan, Ingrid Bergman. Jack Nicholson and Daniel Day-Lewis.

Promoted
Listen to the latest songs, only on JioSaavn.com
This year, however, Meryl Streep's chances of scoring are considered slim. Boyhood actress Patricia Arquette, who won the Golden Globe for her performance, is expected to send Ms Streep and co-nominees Emma Stone, Keira Knightley and Laura Dern home Oscar-less.