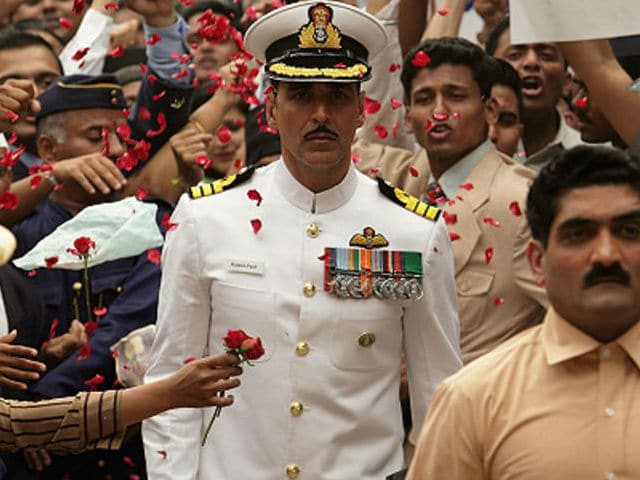 New Delhi: It's a red-letter day not just for Akshay Kumar but also for his legion of admirers. The 49-year-old star has won his first ever National Award - Best Actor for Rustom - and social media is beside itself. 'Rustom' is trending on Twitter, which is flooded with congratulatory messages for Akshay. Just months ago, Akshay's omission from the Best Actor category at the Filmfare Awards provoked his fans into fury - they were particularly enraged by Salman Khan's performance in Sultan receiving a nomination. For them, the National Award is a vindication. Rustom starred Akshay Kumar as a naval commander on trial for murdering his wife's lover - the film was based on the Nanavati case that led to reforms in the Indian judiciary.

Akshay Kumar shared a video on Twitter thanking fans for their support. Watch it here:

Apart from fans, messages came flooding in many of Akshay's colleagues.

Congratulations @akshaykumar for the biggest win ever.More power to you #NationalAward

Congratulations to my bro @akshaykumar for winning the national award for best actor for Rustom ! more power to you #NationalAward

Congratulations @akshaykumar on the National Award. Where is the party? #Rustom

Congratulations to @akshaykumar for winning #NationalAward for #BestActor. What an inspirational career graph & reinvention of an actor.:) pic.twitter.com/2zPBSJyDHP

Akshay Kumar has already had a triumph this year in the well-reviewed Jolly LLB 2, which made over Rs 100 crore at the box office. He was last seen in a special appearance in recent release Naam Shabana and has two films coming up - Toilet: Ek Prem Katha with Bhumi Pednekar, and the big budget 2.0 starring Rajinikanth. He will also begin work on Padman, produced by his wife Twinkle Khanna and co-starring Sonam Kapoor.