Mumbai Diaries 26/11 Review: Gripping Drama Is Both Heart-Stopping And Heart-Breaking 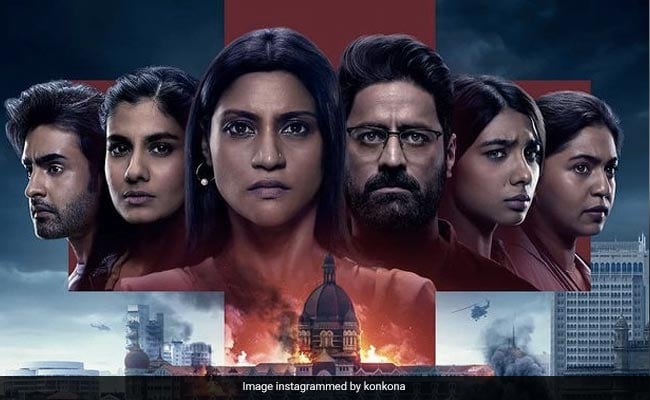 It is never without some trepidation that one approaches a film or a web series that takes upon itself the onus of chronicling the horrors of the coordinated Mumbai terror attacks of November 26, 2008. It has been attempted a number of times. But almost none of these endeavours has gone beyond the predictable and pulpy.

In these filmed accounts, the inhumanity of the armed, indoctrinated intruders, the heroism of the police and the paramilitary forces, the suffering of the innocents caught unawares and, more often than not, a large helping of jingoistic bellicosity make up the bulwark of a narrative aimed at entertaining, shocking, provoking and moving the audience.

Mumbai Diaries 26/11, an eight-episode web show created by Nikkhil Advani and streaming on Amazon Prime Video, employs a few of the above components all right but it skirts around most of the pitfalls of a genre that yields fare that is often blatantly manipulative, if not outrightly exploitative.

The focus of Mumbai Diaries 26/11 is principally on a crowded, chaotic and low-on-resources government hospital whose doctors and nurses are stretched to their limits as victims with gunshot wounds are wheeled in one after another on the night of November 26. It would, however, be erroneous to call the series a medical thriller. It is much more.

True, medical professionals are at the core of the story. But they aren't the only ones under the spotlight. Mumbai Diaries 26/11 is about a day in the lives of the people of the city that never sleeps. This was a night that the city simply did not have the option of dozing off. It had to be on its toes to fight off an unprecedented threat.

This gripping, high-intensity drama about that dark night without end is both heart-stopping and heart-breaking. It hits you in the guts and sends you reeling even as it guides you into emergency rooms, corridors, stairwells and basements to witness the enormity of the courage and determination that men and women of the city demonstrated in the face of death.

Konkona Sen Sharma, Mohit Raina, Prakash Belawadi, Mrunmayee Deshpande, Satyajeet Dubey and Natasha Bharadwaj, besides a slew of other competent performers, constitute a cast of actors who heighten the power of the multi-layered story. Not one note that any of them strikes in this tense thriller is out of place.

The storytelling is spot-on. It creates a gallery of tormented and scalded characters who confront their own inner demons and tap all the grit and tenacity at their command to navigate the nightmare that none is prepared for. They all have their backs to the wall and not just professionally.

The characters aren't mere props in a larger tale of courage under fire. The drama is about them - each one of them - and their exploits. The emphasis is squarely on their humanity. One begins to care about the people on the screen not just because these are people who are desperate not to wilt even as they count their losses but also because they mirror what we could all be like.

The great thing about most of the principal characters in Mumbai Diaries 26/11 - women outnumber men in the cast - is that each of their stories could have yielded a standalone show. Star surgeon Kaushik Oberoi (Mohit Raina) is a workaholic professional who thrives on challenges but has the tendency to flout rules and regulations in the line of duty. He frequently runs afoul of the hospital's chief medical officer Mani Subramaniam (Prakash Belawadi) on account of his impulsive but usually effective ways.

The social services director of the hospital, Chitra Das (Konkona Sen Sharma), accords to her job all the seriousness it deserves. She isn't one to be cowed down by attempts by a particular doctor on the hospital's roster to suppress her altruistic instincts. But she struggles to live down a bad marriage that has left deep scars on her mind and heart.

The matronly and unflappable head nurse Sneha Cherian (Balaji Gauri) is a woman whose presence in the hospital's corridors and wards serves to soothe the nerves of those around her when things threaten to go out of control.

Trainee doctor Diya Parekh (Natasha Bharadwaj), whose grandfather funded a key wing of the hospital, has issues that are aggravated as the night wears on. Sujata Ajawale (Mrunmayee Deshpande), who has made it to Mumbai from the small town of Latur, has faced discrimination all her life and is determined to make it big as a doctor.

It is the first day at work for Diya and Sujata, as it is for a self-effacing Muslim boy Ahaan Mirza (Satyajeet Dubey), whose unassuming demeanour even when he is unjustly provoked demolishes ingrained notions about a community and projects a facet of masculinity that rests on empathy and unwavering morality.

The hospital isn't the only site where the action in Mumbai Diaries 26/11, written by Nikhil Gonsalves, Anushka Mehrotra and Yash Chhetija and directed by Advani and Gonsalves, unfolds. The streets of Mumbai, a cafe and a five-star hotel are also under attack as the armed marauders fan out in different directions.

The multiple strands of the thriller lead inevitably to a certain degree of flaccidity especially in the initial episodes, but the series manages to retain its overall tautness all the way through, exploding into full-blown thriller mode in the sixth chapter when the terrorists turn their attention to the hospital.

The action alternates between the hospital and the hotel, where the spotlight is on F&B manager Ananya Ghosh (Tina Desai, who is absolutely terrific and stands out in the ensemble cast). She is in charge of a major medical awards event being held in the honour of Diya Parekh's celebrity doctor-father. She has to put her life on the line in an attempt to save her guests.

There is much else happening in her life. Ananya is married to Dr Kaushik Oberoi. Their relationship has gone off the rails owing to the overworked surgeon's inability to spare any time for his wife. The rift between the two has been worsened by a personal tragedy. The script weaves the emotional wages of a marriage in the grip of uncertainty into the story to heighten the tension and scale up the payoff in the run-up to the climax.

Another crucial strand of Mumbai Diaries 26/11 puts the media under the scanner via the ethically questionable choices that the character of eager-beaver TV news correspondent Mansi Hirani (Shreya Dhanwanthary) makes as the police personnel and medical workers battle the fallout of the terror strike. She endangers herself and others as she single-mindedly chases scoops on the night that shook Mumbai.

However, because the series refrains from wielding a sledgehammer, and thanks to Dhanwanthary's skillfully modulated performance, the trenchant critique of newshounds staking their all to sniff out stories and putting lives at risk in the bargain isn't of the in-your-face variety. It makes its point forcefully but without whipping up a preachy frenzy.

Restraint is indeed the principal strength of Mumbai Diaries 26/11. It is an action drama that does not lose sight of the emotions that are at play as real people face unreal hurdles all in a dire day's work. The series pits terror against humanity, and not one nation against another, or one religion against the other.

Mumbai Diaries 26/11 is undoubtedly top-notch in terms of both its craft and its creative choices.

On Lucifer Season 6 Release Day, A Ride Back To Heaven, Hell And Between