Mouni Roy said, "This I feel is Mohit's finest work after Mahadev. I really enjoyed it" 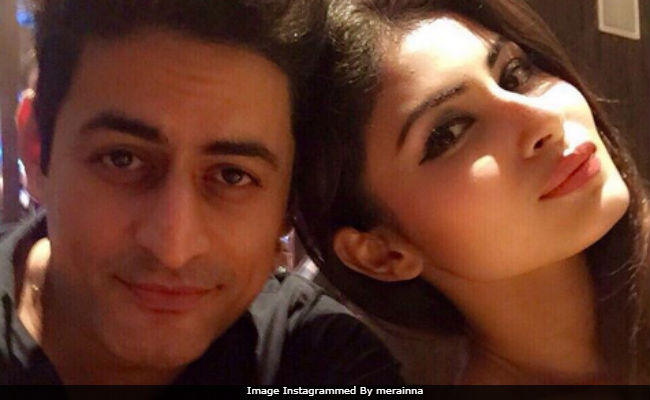 New Delhi: Actress Mouni Roy attended a special screening of rumoured boyfriend Mohit Raina's upcoming TV show 21 Sarfarosh: Saragarhi 1897 on Sunday. She reviewed Mohit's show and said it is 'one of his finest work,' The Times Of India reports. 21 Sarfarosh: Saragarhi 1897 is based on the Battle of Saragarhi . "It was very good. It is one of it's kind show on Indian television. These kind of shows are rarely made in our TV industry. We usually get to see social drama, saas-bahu sagas, fantasy fiction, historical or mythological something like this which evokes so much of patriotism in you is what I personally like to watch. This I feel is Mohit's finest work after Mahadev. I really enjoyed it and the most important thing is that I couldn't make out the difference between the real locations and the VFX," she told TOI.

This Republic Day . Listen to the voice within :):) it's time to get up n make a difference

Mouni Roy and Mohit Raina, co-stars of the show Devon Ke Dev...Mahadev, are rumoured to be dating for a while now. However, none of them ever acknowledged a romance. Weeks ago, Mohit told Indian Express, "I have always maintained that my personal and professional life is completely apart. As for Mouni, it is only the assumptions of people that we are dating. I have a lot of friends but not all are from the industry and you can say that the only close celebrity friend I have is her. We genuinely have a very strong friendship and utmost respect for each other."

Of Mohit's look in 21 Sarfarosh: Saragarhi 1897, Mouni told TOI, "Mohit's look on the show is very real and they have kept it raw. I think for a show like this you can't use too much of make-up. The real look is working for him. We all know that Mohit is a brilliant actor and he takes his work very seriously. All his hardwork and passion is showing."

On the Battle of Saragarhi, Akshay Kumar is doing a film. It is titled Kesari and stars Parineeti Chopra also. Apart from Akshay's film, two more projects on the same subject are also in the pipeline - Ajay Devgn's Sons Of Sardaar and Randeep Hooda's The Battle of Saragarhi.