Laxmii Song Bambholle: Akshay Kumar In A "Fierce Avatar" Like Never Seen Before

Laxmii song Bambholle: Akshay Kumar himself described the song in these words: "Brace yourself to witness the fierce avatar of Laxmii with the song Bambholle." 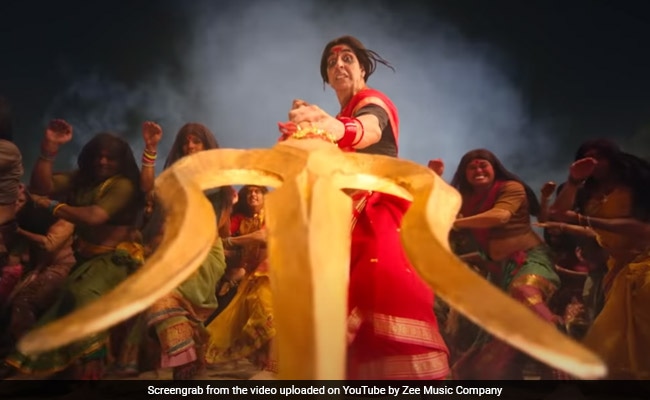 Akshay Kumar shared one more song from the Laxmiisoundtrack - Bambholle - and trust us when we say this, it will be remembered for a long time. In Laxmii, Akshay Kumar plays the role of a family man who gets possessed by the spirit of a transgender ghost. Earlier in the trailer, we got glimpses of Akshay's possessed avatar and in the song Bambholle, he appears to have completely transformed into the transgender persona he plays on screen. While sharing Bambholle, Akshay himself described the song in these words: "Brace yourself to witness the fierce avatar of Laxmii with the song Bambholle." Bambholle is enigmatic and striking with Akshay Kumar's energetic dance as a prayer to Lord Shiva.

Watch Bambholle from Laxmii here. Sung by Viruss, Bambholle has been composed by Ullumanati.

Akshay Kumar's portrayal of a transgender ghost is the main focus of the horror-comedy. Speaking to news agency PTI earlier, Akshay Kumar had said: "In my career of 30 years, this is my most mentally intense role. It has been that tough. I've never experienced something like this before. The credit goes to my director, Lawrence sir. He introduced me to a version of myself which I didn't know existed."

The film was initially titled Laxmmi Bomb, which was changed to Laxmii last month. It has been reported that the makers of the film changed the name of the film after several Hindu outfits protested against the title. Directed by Raghava Lawrence, Laxmii is slated to release on November 9 on Disney+Hotstar.