Kubbra Sait made a reference to a character named Cheeni, played by Mairembam Ronaldo Singh 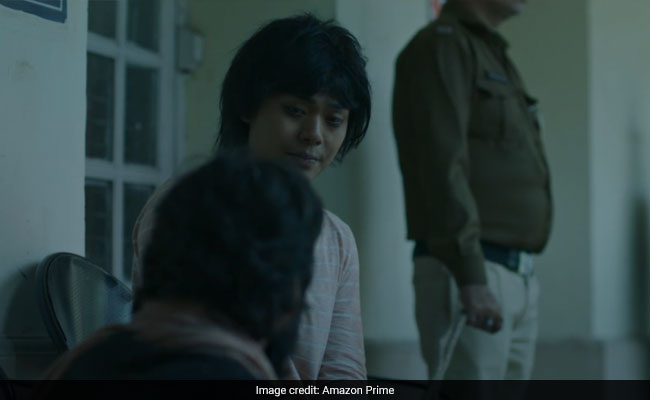 Don't worry, this story has very little Paatal Lok spoilers - nothing that would ruin the thrill. Those who binge watched Paatal Lok, wondered if the series is Amazon Prime's version of Sacred Games and now actress Kubbra Sait is fascinated by a crossover reference pointed out by a fan. In the final episode of the first season of Paatal Lok, a character named Cheeni, played by Mairembam Ronaldo Singh, asks a friend to collect a lump sum amount of money from "Kuku's parlour". Earlier in the show, it was revealed that Cheeni also worked as a masseuse at a Noida parlour. Now, Kubbra Sait, who played the role of a Kuckoo, a transgender cabaret dancer in Sacred Games, is elated at this reference to "Kuku's parlour" and tweeted: "You know the coolest thing... Cheeni worked in Kuku ka parlour. Mairembam Ronaldo Singh is still reeling in my head."

Sharing a screenshot of a user's tweet of the particular scene in which Cheeni talks about "Kuku's parlour," Kubbra added: "Bola tha maine (Told you so). I saw what you did there, Sudip Sharma." Sudip Sharma is the creator and co-writer of Paatal Lok. Kuckoo and Cheeni's characters have more in common that meets the eye - those who've watched both the shows will get it.

Bola tha maine.
I saw what you did there Sudip Sharma #PaatalLok . https://t.co/llLJ98qTZV

Well, the reference to "Kuku" is the second Sacred Games and Paatal Lok crossover element after Neeraj Kabi, who features as journalist Sanjeev Mehra in the Amazon Prime series and played the role of DCP Dilip Parulkar in the Netflix show.

Paatal Lok has really impressed viewers and critics alike, with actor Jaideep Ahlawat being singled out for his brilliant performance as a worn-out Delhi cop, trying to prove his worth in a mind-boggling, high-profile attempt to murder case. NDTV's review of the Amazon Prime series said: "Ahlawat, phenomenally good, contributes a large share of the heft that Paatal Lok achieves. His is a performance that should rank alongside the best we have seen in an Indian original series."