Junglee Movie Review: It is unlikely to enhance Chuck Russell's reputation, who has successes like The Mask, The Scorpion King. 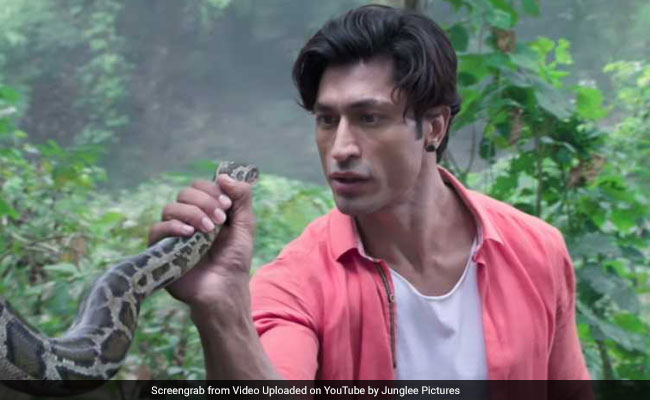 Rating: One and a half stars (out of five)

The male protagonist of Hollywood director Chuck Russell's first Bollywood flick, Junglee, is a brawny veterinarian blessed with extraordinary abilities. We first see him counselling a young couple whose marriage has hit a trough owing to a jealous pet macaw that cannot stand any show of intimacy between them. Later that day, on the way back from work, the doctor demonstrates dazzling kalaripayattu moves to deliver instant comeuppance to a bunch of miscreants that he catches in the act of torturing a stray dog. It's all in a day's work for a man with a natural jungle streak.

Having put on show his all-round skills in the first few minutes of the film, the hero proceeds to the Odisha elephant sanctuary that he grew up in - it is another matter that Junglee has been filmed primarily in Thailand, which yields some undeniably pretty visuals but does little for authenticity. The script goes missing in the jungle. No matter how hard the incredibly supple Vidyut Jammwal tries to whip up excitement with well-choreographed action sequences, Junglee is a whole load of bull.

The film is set in a crassly cosmetic world where nothing, not even the wonderful four-legged creatures sourced from the Thai Elephant Conservation Centre in Lampang or the female mahout Shankara (played by Bollywood first-timer Pooja Sawant, always fetching, never a hair out of place), rings true. 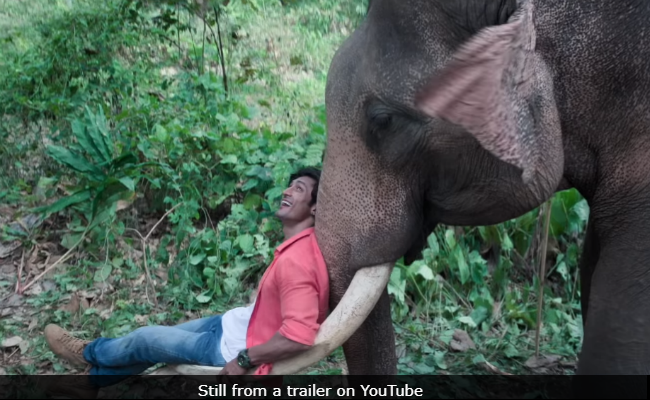 Vidyut Jammwal in a still from the Junglee trailer.

A journo and animal rights activist (debutante Asha Bhat) is literally a babe in the woods. She lands up in the sanctuary to interview its celebrated owner and stops at nothing to let the world know that she is completely out of place in this universe. To the model-turned-actress' credit, she does a good job of disguising her discomfiture.

It may be a bit of fun to watch the lead actor in the company of the gentle giants on the screen - Jammwal is completely at home and seems to be having a good time - but Junglee is too violent and gory to be regarded as a film for children the way 1971's Haathi Mere Saathi was. The impressive cinematography by Mark Irwin (early David Cronenberg collaborator) can only impart surface gloss to a yarn that is devoid of genuine emotion and depth. Even when a herd of elephants is mercilessly slaughtered on a rainy night and a dead pachyderm has its tusks sawed off, one is neither shocked nor moved.

The first half of Junglee is passable. There's obvious promise in the return of the prodigal who reaches out to his estranged dad and his boyhood buddy and forest ranger Dev (Akshay Oberoi in a special appearance), but in the second half Junglee degenerates into an out-and-out action film designed for Vidyut Jammwal to bash the stuffing out of his evil adversaries. It is all couched in a message that seeks to drive home the enormity of the danger that animals face as a result of human greed.

That is the principal burden of the plot. A gang of poachers, led by a Mahabharat-spouting hunter (Atul Kulkarni trying his best to keep a straight face amid the mayhem), is lurking in the forest. The elephants, especially the tuskers, are under threat. The hero has to swing into action a la Tarzan to thwart the rampaging ivory smugglers who have browbeaten the law enforcers into submission. Needless to say, he does, but not before the ruthless marksman and his boys armed with drones, guns and stunners have wreaked havoc and caused several deaths, both animal and human.

The lead actor, as elastic a hunk as any working in Hindi cinema today, plays Raj Nair, a Mumbai-based veterinary doctor who hasn't been home - a centre for rescued elephants - since his mother succumbed to cancer a decade ago. He holds his father responsible for her untimely demise because he did not take her to the city for treatment, but the son deigns to return to his childhood abode for a ceremony to mark the 10th anniversary of the death.

The trip gives the veterinarian an opportunity to renew his bond with the forest where he grew up with elephants roaming free and secure, most notably Bhola, a once-playful calf who has now grown into a massive tusker who heads a herd. This elephant is a truly handsome creature with, as the hunter reveals late in the film, "the largest tusks on record". When buyers arrive at the hunter's hideout with a stash of cash, one of the visitors, a woman, says: "It smells like fish." Her companion replies: "Of course, it smells like fish, that's the ocean there."

If that weren't grotesque enough, this more-fishy-than-wild ride conjures up a kalaripayattu master (Makarand Deshpande), who drinks like a fish and delivers pep talks to the hero when the chips are down. And in a film in which the action spins around elephants, can the Elephant God, Ganpati, be far behind? The deity makes an appearance in a baffling sequence in the second half that could rival the excesses of Indiana Jones and the Temple Of Doom. 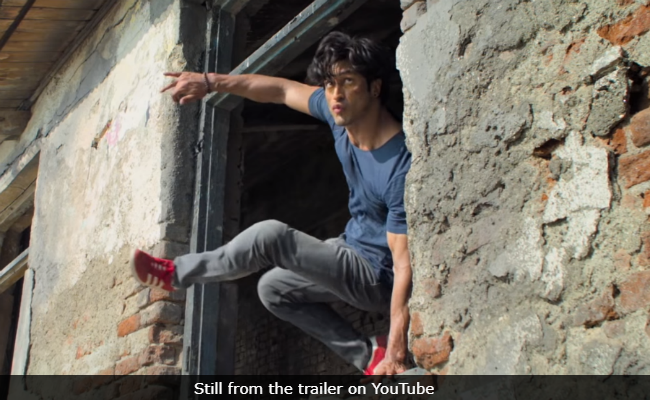 Vidyut Jammwal in a still from Junglee.

Also added to the mix, in an unabashedly tendentious manner, is a cop named S Khan (Vishwanath Chatterjee), who is on the take from the poachers. In one sequence, he rushes home from the police station because his wife has cooked biryani and ordered him to return on time for dinner. As his family is revealed at the dining table, we figure out that Mr. Khan has as many as three children. Are we surprised? Given the family name that he answers to, we are left wondering what the film is trying to tell us. Not only is this man in uniform corrupt, he also clearly has no faith in family planning.

It would of course be too much to expect subtlety and other niceties from a turgid movie that cannot even do justice to the pack of pachyderms that it employs in order to acquire heft. Jammwal is about the only bright spot in a pulpy action-adventure film that is unlikely to do anything to enhance the reputation of a filmmaker who has successes like The Mask, Eraser and The Scorpion King behind him. But the lead actor will probably, and deservedly, emerge unscathed from this mess.