Hotel Mumbai Movie Review: It is a real-life horror revisited. But it never jumps the gun and stays firmly focused on the human facet of drama. 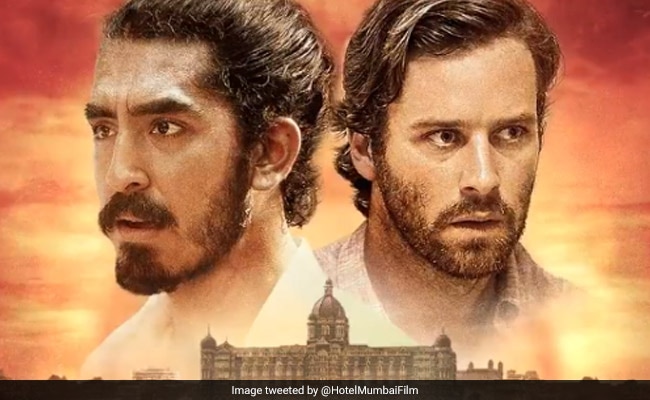 The lessons may have been learnt but the lesions haven't healed. The horrors are still fresh in the minds of those who bore the brunt and those who watched from afar. And closure is nowhere in sight for the survivors and the families of the victims. More than a decade on, a re-enactment of the 26/11 terror attack on Mumbai hits multiplexes across India. The question is: is this film likely to serve as salve for the scars or will it merely reopen old wounds?

Hotel Mumbai, helmed by Anthony Maras, an Australian director of award-winning short films, falls somewhere between those two extreme possibilities. Mercifully so. The taut and gripping film steers clear of conventional thriller tics to present a restrained ringside view of the manic mayhem that ten terrorists unleashed in the city in the last week of November 2008.

The fact-based plot is replete with moments that could have yielded high-wire acts, but Maras does not fall for the bait. His film is, needless to say, none the worse for it. It banks on slow-turning screws and a steady build-up of tension to drive home the tragedy and trauma of the carnage that was perpetrated in the iconic Taj Mahal Palace Hotel 11 years ago.

Hotel Mumbai is a chilling, blood-splattered real-life horror show revisited. But it never jumps the gun and stays firmly focused on the human facet of the drama. Scripted by Maras and Scottish screenwriter John Collee (whose credits include the Charles Darwin biopic, Creation), the film orchestrates the harrowing happenings in a manner that prevents it from straying into the realm of exploitative, manipulative spectacle.

The spotlight is squarely on the hotel's staff who go beyond the call of duty to stay put - inspired by head chef Hemant Oberoi's (Anupam Kher) "the guest is god" refrain - and help the guests, with varying degrees of success, dodge the bullets of the four terrorists who infiltrate the hotel. 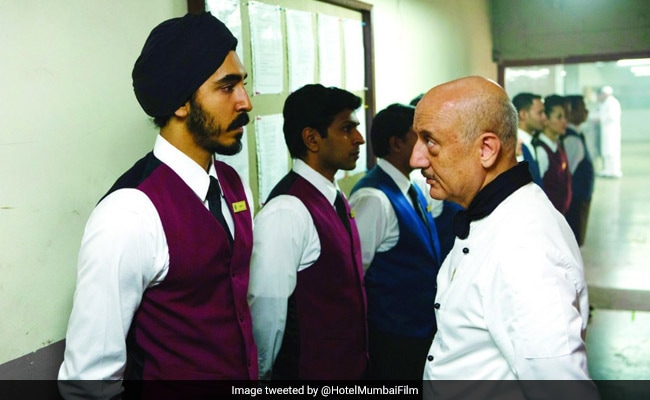 Hotel Mumbai opens with de rigueur shots of the city before taking us into the modest home of Arjun Singh (Dev Patel), a Sikh employee of Taj Mahal Palace, his wife and daughter. He has a young family, so when the man puts his life at risk, we are well aware of the enormity of the sacrifice he makes.

Early in the film, Arjun is hauled up by his boss for fetching up at work in an inapt pair of shoes but, given the way things spin out of control, such niceties quickly fly out the window. In a war-like situation, it is either life or death and nothing in between.

Hotel Mumbai brings to the fore the extraordinary heroism of ordinary people when death stares them in the face. They are up against armed attackers who have nothing to lose. The gunmen, responding to orders from the disembodied voice of a ruthless handler, go on the rampage inside the luxury hotel, forcing the guests to seek refuge in restaurants, rooms, closets, a secret lounge for VIPs, and all other available nooks and crannies in the innards of the majestic edifice.

The overstretched Mumbai policemen with no formal training to handle a situation as calamitous as this do their best to counter the terrorists. It is eventually left to the commandos belatedly flown in from Delhi to liberate the property. Hotel Mumbai touches upon the lack of preparedness among agencies charged with protecting our cities and on the inadequacy of the security infrastructure and intelligence gathering. But that isn't the film's prime area of concern. The big picture remains just a sideshow.

The narrative puts the spotlight on Oberoi, the only figure in the film who is modelled on a real individual, besides the selfless Arjun and a handful of foreign guests - American architect David Duncan (Arnie Hammer), his British-Muslim heiress wife Zahra (Nazanin Boniadi), who check into the hotel with their infant son and nanny Sally (Tilda Cobham-Hervey), and Vasili (Jason Isaacs), a cynical former Russian special forces agent.

On the face of it, Hotel Mumbai is a conventional thriller "based on true events". It does well not to seek big-bang 'impact' at the expense of the strain of realism that keeps the tension alive all through its two hours and a bit. It does not overreach. A large part of the power of this overarching narrative of dark deeds and heroic acts, of hate (engendered by indoctrination) and resistance (fuelled by the human instinct for survival and valour) stems from the fact that the 26/11 terror attack is difficult to forget and watching it unfold on the screen, even if in a somewhat fictionalized form, is instantly cathartic.

Hotel Mumbai Movie Review: It is a conventional thriller "based on true events"

Hotel Mumbai humanizes the drama to the point that the film is eventually as much about a dastardly act of terrorism as about unsuspecting people caught up in a harrowing situation and fighting their way through without the foggiest idea of what lies in store for them.

The young terrorists, who we initially see merely as brutal killers, are also allowed to evolve into real people with motives and vulnerabilities that are as easy to understand as they are to detest. Two of the men, Imran (Amandeep Singh) and Abdullah (Suhail Nayyar), receive a fair amount of footage and the two young actors make the most of the opportunity.

What the camera (DoP: Nick Remy Matthews) catches is both dynamic and immersive. It alternates between being an observer looking in from the outside and being an entity caught in the middle of the swirling action, moving from one to the other seamlessly. The editing (Peter McNulty) captures the pace and spirit of the action to perfection.

Dev Patel's character overshadows all the others, even the ones played by Arnie Hammer and Anupam Kher. He brings the right mix of stoicism and bewilderment to bear upon the role of a man who walks into the most dangerous situations without the slightest air of bravado. He is a man of substance because he does what is right even if it means putting his life on the line.

Kher plays Oberoi with confidence and empathy. However, his performance at times tilts ever so slightly towards Bollywood-style declamation. But that is only a minor aberration in a film that thrives on operating with a limited set of buttons and hitting them at will - and well.