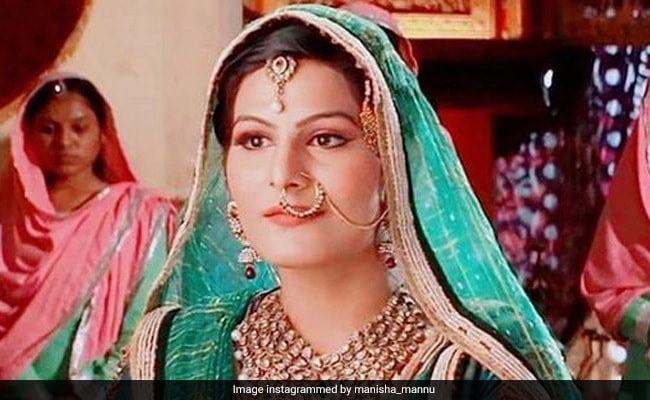 Actress Manisha Yadav, who was best known for her performance as Salima Begum in Zee TV's soap opera Jodha Akbar, has died. The exact cause and time of the actress' death have not been revealed yet but it has been reported that she died of a brain haemorrhage. Mourning her Jodha Akbar co-star on social media, actress Paridhi Sharma shared a still of Manisha Yadav from the show on her Instagram story and wrote: "This news is so heartbreaking. RIP Manisha." The late actress featured as Salima Begum, one of Akbar's wives, in Jodha Akbar that was headlined by Rajat Tokas and Paridhi Sharma.

The show was produced by Ekta Kapoor. 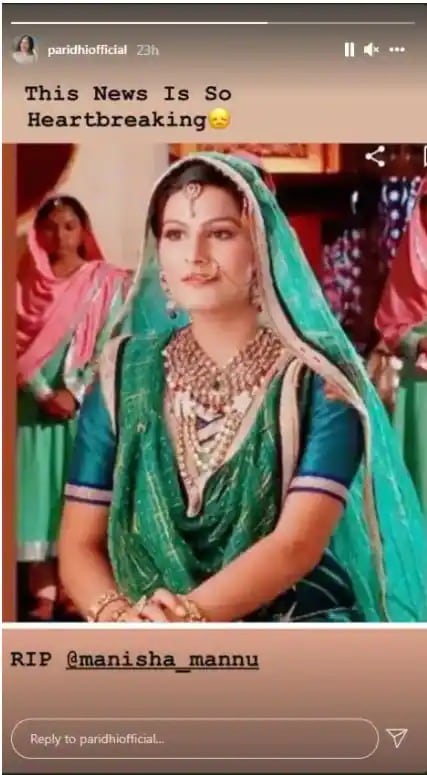 Paridhi Sharma also offered condolences to Manisha Yadav's family in an interview with the Times Of India. She shared that she "wasn't in constant touch" with Manisha Yadav and that she got to know about her death though a WhatsApp group of "all the actresses who were begums in the show."

She told the publication: "I wasn't in constant touch with her after our show went off air. But we have a WhatsApp group which is named Mughals and all the actresses who were begums in the show are a part of that group. So that's how we stay in touch and if anything important is to be shared about anyone's life, we do that on the group. I got to know about this yesterday on the group and I was shocked."

Paridhi Sharma added that she feels terrible for Manisha Yadav's baby son. She described her late co-star as "a wonderful actor to work with." She told TOI: "Manisha was a wonderful actor to work with. Her energy was always high and she was a chirpy person. We had a great time shooting together for the show. I remember she was always full of life. Hearing about her death is really saddening for me and what's even more bothering is that she has a one-year-old baby. My heart goes out to her family."