Delhi Crime Review: Netflix Show Based On Nirbhaya Gangrape Is A Knockout Punch

Delhi Crime Review: This is a riveting tale because this harrowing re-enactment of a chilling crime is more than a police procedural. 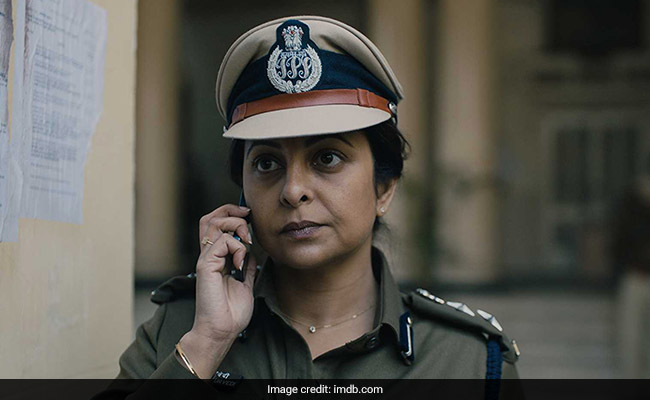 In Episode 2 of Delhi Crime, a series dropping on Netflix of March 22, cops in a police station begin a crucial interrogation. As the screws are tightened on a gang-rape suspect (in the subsequent episode), he confesses. He blurts out graphic and grisly details of his crime. They make your skin crawl. Chief investigating officer Vartika Chaturvedi (Shefali Shah), deputy commissioner of police (DCP), South District, asks trainee IPS officer Neeti Singh (Rasika Dugal), a rookie two weeks into her job, to slap the man. The latter refuses. She is repelled by the thought of touching the psychopath.

But the male station house officer (SHO), as disgusted as the new recruit, reacts differently. He needs no prodding to walk up to the criminal and spit on his face. These two manifestations of repulsion and rage not only underscore the gender dynamics that are inevitably at play in policing, they also serve to humanize the police force in a manner that conventional glamorized screen depictions of men and women in uniform never do.

Delhi Crime, written and directed by Canadian filmmaker Richie Mehta, is grim, gritty and grounded in the everyday. This unblinking, blow-by-blow account of the real-life investigation in the December 2012 gangrape that seared the nation's conscience has cops who are anything but infallible. One suffers from a foot infection and walks with limp, another has a bad back, while third has an ailing wife to take care of in his cramped official quarters.

A couple of them even admit to having strayed into the force by accident. One wanted to be a teacher, the other took the police entrance test only to give a friend company. This doesn't have the looks of a crack unit ready for battle, but the Nirbhaya case blows up in their face, most of them step up to the plate, shrug off their doubts and discomfitures and give the investigation their best shot.

As the seven-episode series fleshes out the concerted police action that led to the six perpetrators being nabbed in five days flat, it portrays the investigators as they actually were - ordinary men and women grappling with personal, professional and political pressures as they go about the onerous task of scouring the city and other parts of the country (Uttar Pradesh, Rajasthan and Bihar) to round up the criminals and bring them to justice.

There is little that isn't already known about how the Nirbhaya case panned out, yet Delhi Crime is a consistently riveting tale because this harrowing re-enactment of a chilling crime and its aftermath is more than just a police procedural. First and foremost, the multi-layered narrative touches upon the lack of safety for women in a sprawling city that records 11,000 heinous crimes every year.

This 'rape capital' theme is addressed primarily through the concerns of a schoolgirl Chandni (Yashaswini Dayama), Vartika's daughter who is convinced that "this city is shit". "It's getting better," says her mother. That very night all hell breaks loose - a student is brutally gangraped on a moving bus - and the DCP and her team have to dig in their heels to bring the criminals to book.

The series also exposes the uneasy equations that the overstretched police force has with its political masters - in Delhi, this translates into a jurisdictional tussle between the Union home minister Gururaj Dixit (Avijit Dutt) and the state chief minister Sanjeev Goswami (Sanjiv Chopra), with the police commissioner Kumar Vijay (Adil Hussain) caught in a zero-sum game he'd rather not play.

Also under the scanner are the shrill television news channels that stop at nothing to whip up frenzy and go after scapegoats as they compete for eyeballs. However, where Delhi Crime garners the most points is in its sensitive, illuminating examination of the deep social and economic divides in Indian society as a whole and in its policing system in particular.

The actual gangrape stays off-camera. Delhi Crime opens with the discovery of the sexual assault survivor, Deepika (Abhilasha Singh), by a head constable. It is only when the camera focuses on the shock and anguish on the faces of the girl's parents outside the hospital's emergency ward that the sheer horror of the crime hits home.

The heinous act is subsequently described in graphic detail a few times, first by the prime accused, Jai Singh (Mridul Sharma), then by the Safdarjung Hospital surgeon in a conversation with the chief investigator and finally by the barely-audible survivor herself in the presence of a magistrate. Each is gut-wrenching as the other.

Delhi Crime is built essentially on fact - the series has been shot for the most part on real locations and the essential details of the plot are rooted in documented reality. Considerable fiction is unobtrusively woven into the plot. The names of the principal figures in the case are altered while dramatic elements and details are added to heighten the dramatic ebbs and flows. It adds up to a disquieting story that isn't only about a police team working day and night to nail the culprits but also about a society and a nation revealing its ugly underbelly and its many faultlines.

Mehta's painstaking research and impressive marshalling of details culled from the police files are coupled with a sharp awareness of the emotional toll that the nerve-wracking investigation took on a force pushed to breaking point. They had to swing into action without wasting any time as much to ensure justice for the brutalized girl as to enhance the reputation of their own much-maligned cadre.

Delhi Crime is a knockout punch of a series: unsettling and enthralling by turns. No shots are fired, nor are there any fisticuffs and yet it has no dearth of thrilling moments. The screenplay is top-notch as are the performances by an ensemble cast led by the stunningly malleable Shefali Shah.

Playing a police officer leading a probe and mother to a school-going daughter, Shah propels the show with a gamut of emotions - anger, pain, trauma, determination and resignation - all of them sometimes packed into a single sequence. It is great to watch. Rasika Dugal, in the role of a wide-eyed but quick learner, adds another feather to her sparkling cap with an impactful performance in which neither effort nor any striving for effect is ever visible.

Dugal's IPS greenhorn Neeti Singh, a middle-class Chandigarh girl who makes an impression on the boss and earns her tacit trust, is the exact opposite of Shah's single-minded, no-nonsense DCP. With the latter exuding scorching fury and intensity, Dugal brings to the table a degree of tranquility amid the chaos and pressure of a "tough and demanding case".

Both ladies play by the book, one because she knows she cannot afford to slip up in a situation where all eyes are on her, the other because that is the only way she can in the light of her lack of experience and, by extension, of the sort of cynicism that tends to set in after years of dealing with serious crime and their perpetrators. Gender plays a key role in how they tackle their challenges, but that isn't what defines them. They are who they are independent of the fact that they are women in a male-dominated force.

The two fine actresses are part of an ensemble cast that includes actors like Adil Hussain (as the Delhi police chief) and Denzil Smith (as the DCP's husband). Both bring confidence and flair to their roles. Yashaswini Dayama, too, makes a strong impression as the girl who is proud of her DCP-mother but determined to head out of Delhi for good at the first available opportunity.

The spotlight of the series is on the cops and several actors emerge out of the crowd, playing believable men investing all their energy and belief in the job at hand. Nobody more so than Rajesh Tailang (the lead actor of Mehta's 2013 film Siddharth). He effortlessly eases into the role of Inspector Bhupendra Singh, a cool-headed policeman who has risen through the ranks to head the special task force (STF).

Delhi Crime is a story that simply had to be told. Unblemished execution, sharp detailing, technical finesse and outstanding performances combine to make it a must watch.